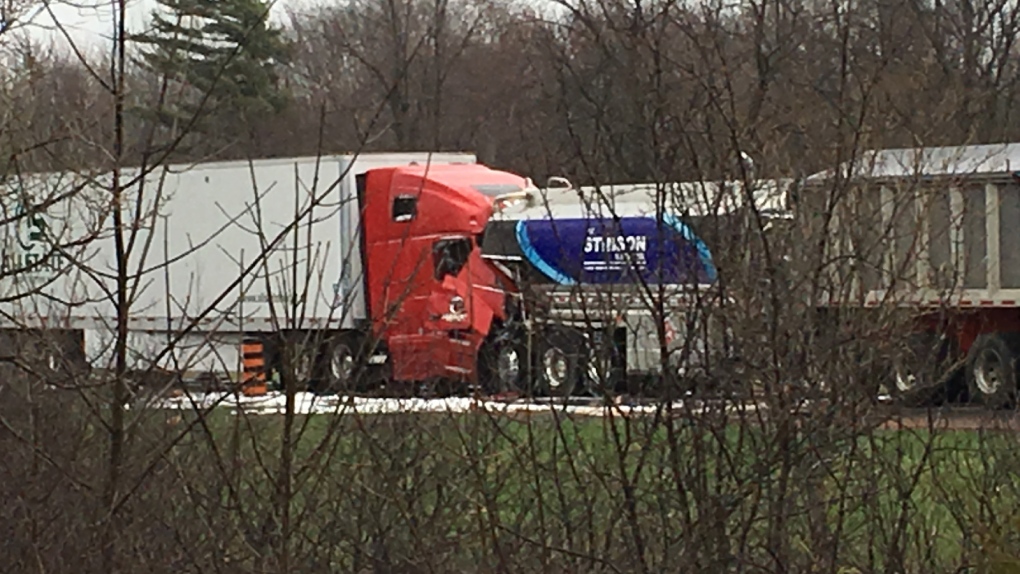 A major collision that has claimed the life of a driver closed the 401 in both directions between Edward Street in Prescott and Maitland Road on Thursday, May 3, 2018. (Shaun Vardon/CTV Ottawa)

Highway 401 has reopened after it was closed for several hours due to fatal three vehicle collision.

It happened just after 1 p.m. near Prescott.

OPP say the crash involved two transport trucks and a tanker. That's closed the 401 in both directions between Edward Street in Prescott and Maitland Road.

One driver was pronounced dead.

A fuel clean up is also taking place in the eastbound lanes as the tanker truck spilled its cargo.

No other information on injuries is available at this time.

It was the second major accident in less than 24 hours.