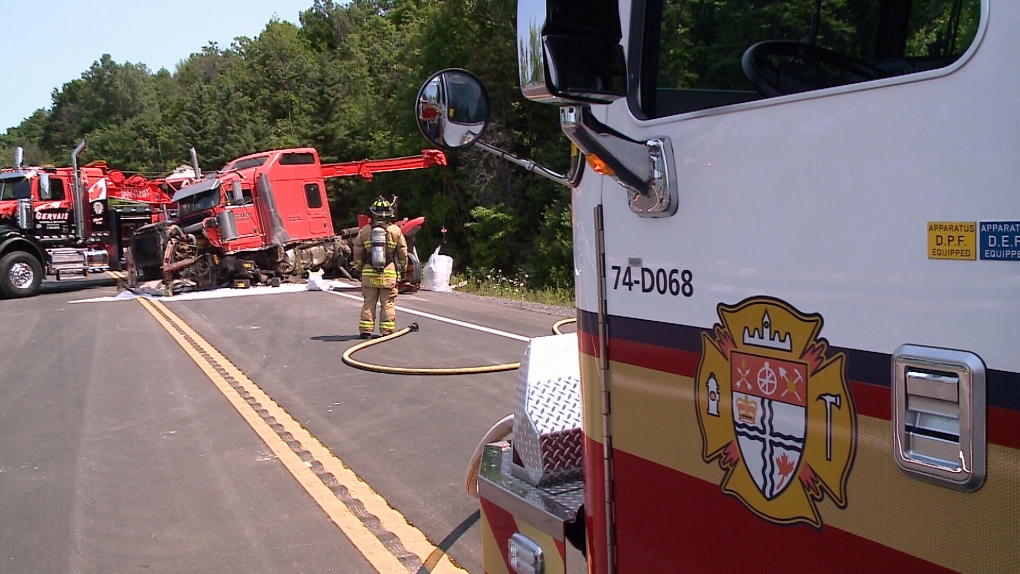 A transport truck collided with a car Wednesday evening. The truck's fuel tank was punctured and leaked oil into the Ottawa River.

Regional Road 174 was closed after a two vehicle crash that sent two people to hospital, including a woman with life-threatening injuries.

Ottawa Police and Paramedics responded just before 8:00 p.m. on Wednesday, July 23, 2014. Police say a tractor trailer and compact car were  involved in the accident. The female passenger in the car had to be extricated from the vehicle by Ottawa fire. The driver of the transport truck was also sent to hospital.

The transport truck was carrying a non-toxic product, but the Hazmat trucks will still dispatched to the scene.

The truck's fuel tank was punctured, and leaked oil into the Ottawa River.