Here's where to find a community fridge or pantry in Ottawa

Here's where to find a community fridge or pantry in Ottawa

The rising cost of food has hit many hard, but for those already on a strict budget, there’s a community fridge and pantry to turn to.

Just in front of the Parkdale Food Centre is a colourful box, which at first glance looks almost like a shed. Open the doors, and you’ll find a fridge and pantry.

“Basically, we run it by the rule of ‘take what you need, leave what you can,’” says Megan Aubin, Ottawa Community Food Partnership Coordinator. “It’s not policed, so anyone can access it. It’s open 24/7 and it’s free food, essentially. That’s the main thing with it.”

Aubin says there are regular users and it empties quickly.

“We fill it three to four times a day, and pretty much as soon as it’s filled, it’s emptied. People do donate to it once in a while, but primarily we are filling it up ourselves,” she says.

“With the rise in food costs, I can’t afford to go to the grocery store and buy, let’s say a chicken,” says community fridge and pantry user, Troy Stewart.

Stewart, who also works part-time at the Parkdale Food Centre, helping others make the most of their groceries, is on the Ontario Disability Support Program (ODSP) and says he makes every dollar count.

“You’ve got places that are raising the rent, but you’re not getting any extra money for help, so where’s the money coming from? It comes from your food budget, ‘cause you have to pay your other bills.”

He says he relies on services like the Ottawa Food Bank, the Parkdale Food Centre, and friends for groceries.

“This is becoming a hard reality for everybody that is at or below the poverty line, and it’s scary.” 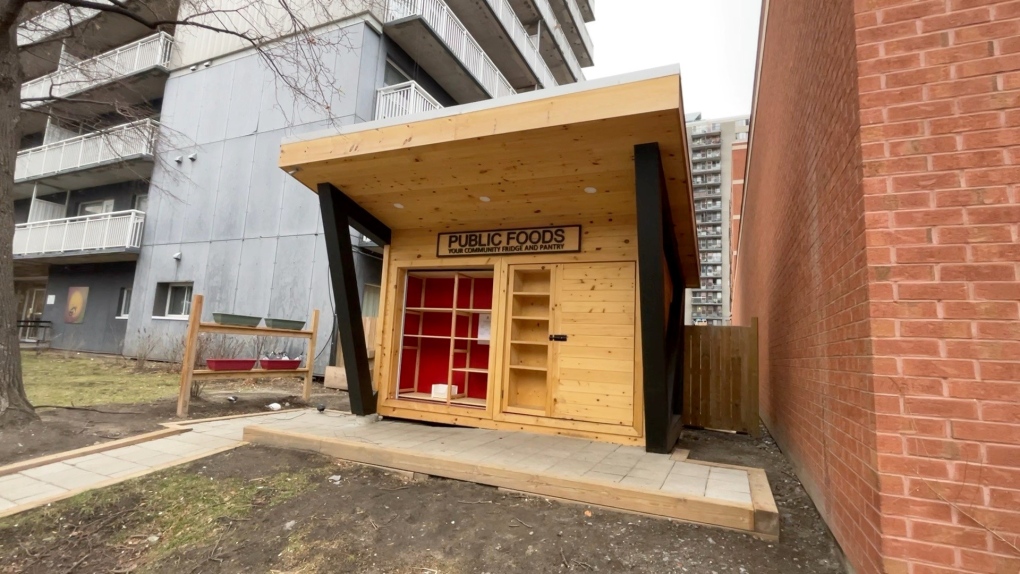 A sign inside the fridge says, “Open to all residents of Centretown. Take what you need, leave some for others.”

The Ottawa Community Food Partnership has several indoor community fridges and pantries throughout the city.

In an exclusive interview with CTV’s Power Play, Polish Prime Minister Mateusz Morawiecki is praising the moves from Western countries to send tanks to Ukraine.

True crime sells, but fans are debating the ethics of their passion

For some people, relaxation looks like settling down with a nice glass of wine and the most graphic, disturbing tale of murder imaginable.

One of the planet’s most unique wildcats has been detected for the first time on the tallest mountain on Earth — Mount Everest.

Retailers and tech companies use many tools to mine consumers for data they can share with third parties, but there are steps consumers can take to protect and safeguard their personal information.