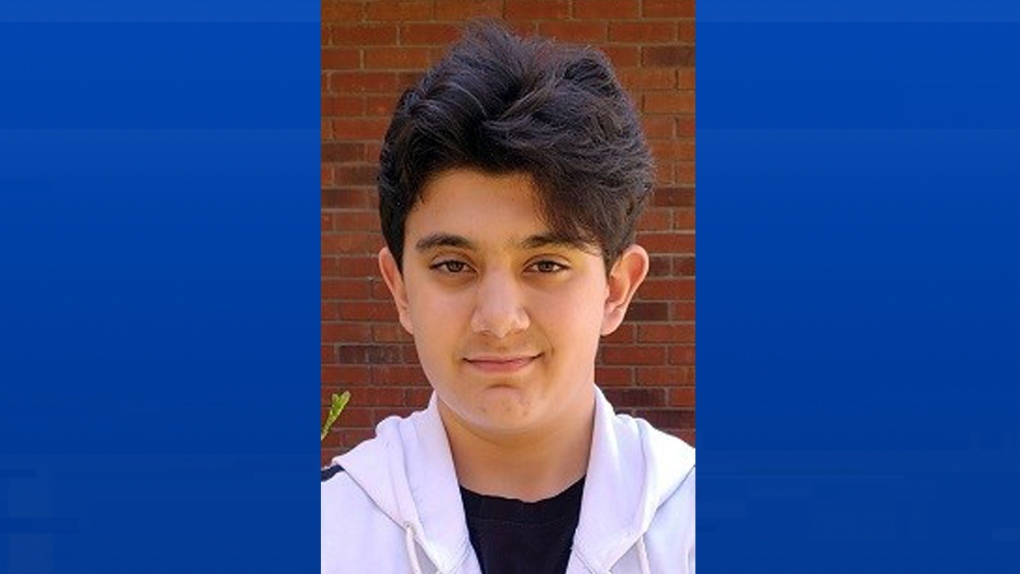 A heart-broken father tonight is trying to understand how his 13-year-old son died while riding his bike.

Simon Khouri was hit by a car in Orleans on Tuesday while he was cycling home from the swimming pool with some friends.   Simon Khouri spent hours on his bike riding all over Orléans with his friends.  He was a careful cyclist his father says, who is struggling to deal with the unimaginable.

The police tape is gone now and in its place are flowers, teddy bears and prayers.

13-year-old Simon Khouri was on this earth for only a short time but clearly made his mark on those who knew him.

Simon was struck late Tuesday afternoon near the westbound on-ramp to the 174 at Jeanne d'Arc.  He had been cycling there with two of his good buddies.

The 3 boys had just gone swimming at the Bob MacQuarrie Recreation Complex and had a sleepover planned for that night.

His father,  who was too devastated to do a television interview, spoke at length about Simon, who played the drums and the saxophone and was an intelligent young man heading into grade 8.

He won recognition for a poem he had written in Grade 5 about the Holy Mary," Bassel Khouri said, "and now he's with Her."

Bassil Khouri says his son loved cycling and had been on a bike since he was three.  He says Simon knew the rules of the road, knew the area and was careful.

But many of those who live in the area wonder if that's enough.  Malorie Bertrand crosses the stretch of road near where the accident occurred every day and feels a lot less safe now.

“The cross walk here is faded away, all you see is the sidewalk dented to let you know you can cross,” Bertrand says, “and the sign that says pedestrians can cross is blocked off.   I live around the corner and it could have been any of us who drove and you make the mistake of speeding up as you merge onto the highway. It's an awful thing.”

Cyclist and city councillor Shawn Menard tweeted out Simon's obit and a call to action next Wednesday at Ottawa City Hall.

“In memory of 13 year old Simon Peter Khouri and others who have been injured or worse,” his tweet said, “join in calling for safer streets in Ottawa, Wednesday July 31st from 8 a.m. to 9 a.m. at Ottawa City Hall.”

Khouri says he's been in touch with the families of the other two boys who witnessed the fatal collision.  They're both in shock but otherwise uninjured.

The Khouris are originally from Syria but have lived in Canada for many years.  They will bury Simon on Saturday.