PRESCOTT, ONT. -- When Const. Craig Kelso would sit monitoring traffic in Prescott, he would always wave at the young boy across the street and give him a burst of siren.

"He's usually in the front yard and is always waving and smiling and I'll talk to him on the loud speaker across the way and turn the lights on and he gets a big kick out of that," Said Kelso. "Afterward, I would usually pull into the driveway and have a conversation with him, open the doors so he could see in the police car and turn the lights on, the siren. He's fascinated by the police."

Patty Baird has known Kelso for a few years and said he's always been great to her two sons.

"Craig has developed that, really. He'll put his police hat on Chase and he just has a very kind nature and rapport with the kids," Baird said.

So, when Kelso noticed an old, battery-powered police car in his basement that had been unused for years, he got an idea.

"My son's police car that we bought for him back in 2011 was just sitting in my basement. He's too big for it now and hasn't driven it for probably four years. I figured somebody else that loves the police and is fascinated by the police could probably use it," Kelso said. "So, I thought of the idea of delivering a police car in a police car."

"He just messaged us one day," said Baird, "and he wanted to know if we would be okay with him gifting Chase something and I said, 'Oh, yeah, for sure,' and he sent some pictures."

The first photo was a pair of light up running shoes with police lights on them that Kelso's son had also grown out of. 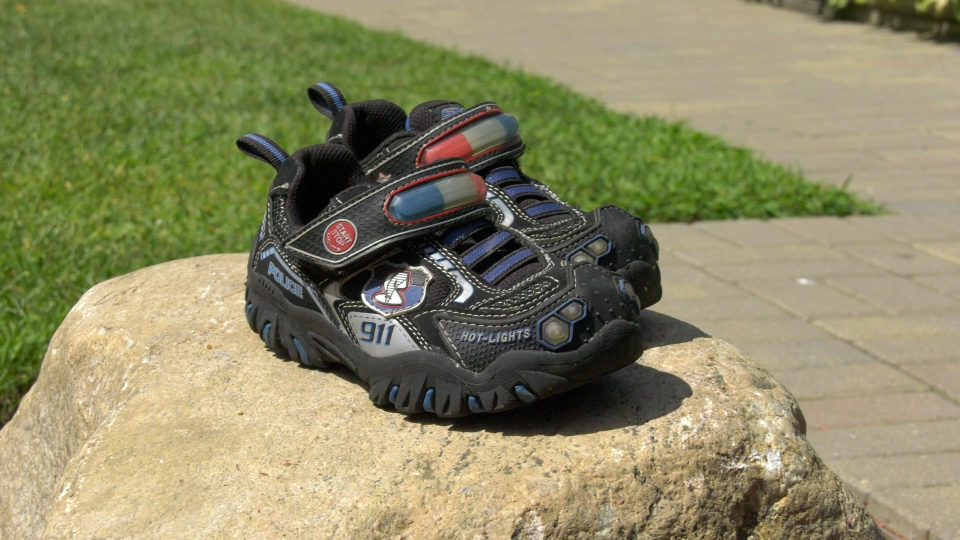 "Then he sent me the picture of the police car and wanted to make sure that we were okay with taking on such a big item and accepting it and allowing Chase to have it and we were, with open arms," Baird said.

Kelso barely managed to fit the car into the back of his SUV cruiser and headed over to Baird's place to deliver it. 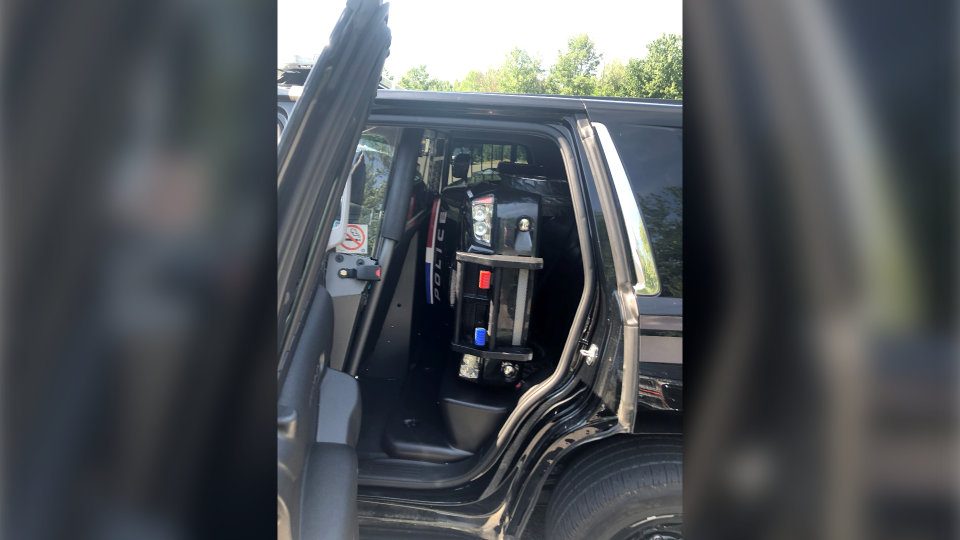 "The reaction was priceless. He kept running back and forth to the police car, to his mother and back to the car, as his dad and I were pulling it out of the back," said Kelso with a laugh.

"Chase was very excited and jumping up and down," added Baird.

"Once they got the car out and Chase was in it, it was more just to reassure him that he could keep it," she said laughing.

"At his age, it's probably something he'll remember for the rest of his life." added Kelso

While Chase is a little too short yet to reach the pedals, he gets help from his older brother, Breck, who just fits in the car. 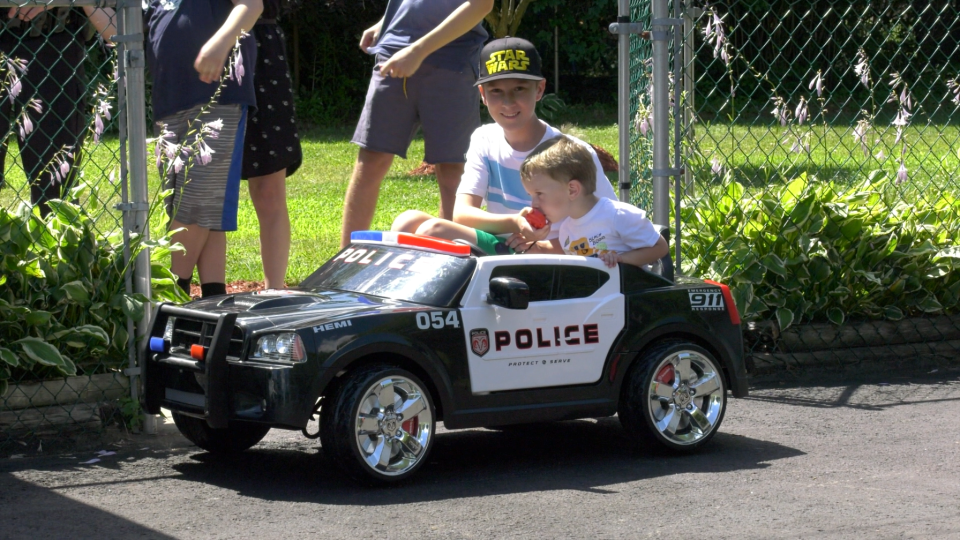 Kelso's son Jack was also happy to see the car go to a good home.

"I was kind of caught off guard with how many shares it got and then being contacted by CTV News to do a segment on this. It's good for policing in general and also the community," he said.

"I just hope that he has some good years of enjoyment out of it," Kelso added.

There is just one stipulation for Chase and his new toy car:

"I've asked them that when Chase is done with it, to pay it forward to somebody else or give it back to me and I'll do the same thing again to somebody else," Kelso said.