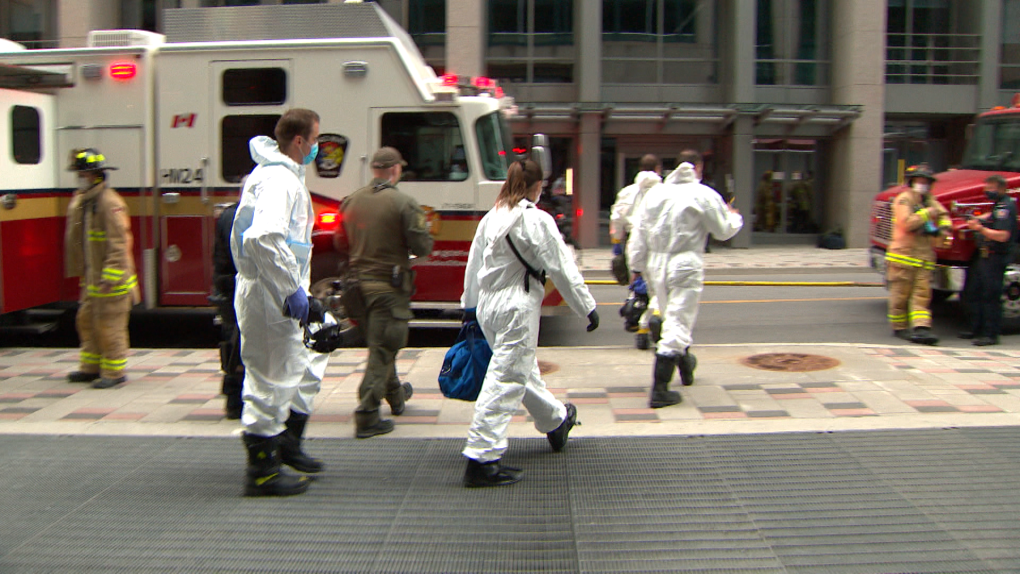 Emergency crews responded to a call about a suspicious envelope on Queen Street Thursday afternoon.

OTTAWA -- Emergency crews rushed to a downtown office building on Thursday afternoon after a call about a suspicious envelope.

Paramedics say a small group of people was present when the envelope was opened. Ottawa Fire's hazmat team were among the emergency crews who responded.

The call came in before 5 p.m. Thursday. Paramedics checked everyone out on scene; no one had any symptoms and none were taken to hospital.

Officials on scene are still investigating what exactly was in the envelope, and whether it was at all dangerous.

Queen Street was closed between O'Connor and Metcalfe streets as crews investigated.

They cleared the scene Thursday evening after 6 p.m.