OTTAWA -- Several restaurant and small business owners spent Sunday cleaning-up and making plans to boost security, after a Halloween night of vandalism and robberies across Ottawa.

The owners of Simpli Biscotti and Three Wild Women say they were robbed by thieves overnight, while the owners of Vittoria Trattoria and Prima Pizza report vandalism at their establishments.

At Vittoria Trattoria on Rivergate Way, owner Domenic Santaguida posted a photo of a smashed window on Facebook.

"Not only do we need to battle the city and the weather. Now we have people smashing our windows," said Santaguida in the post. 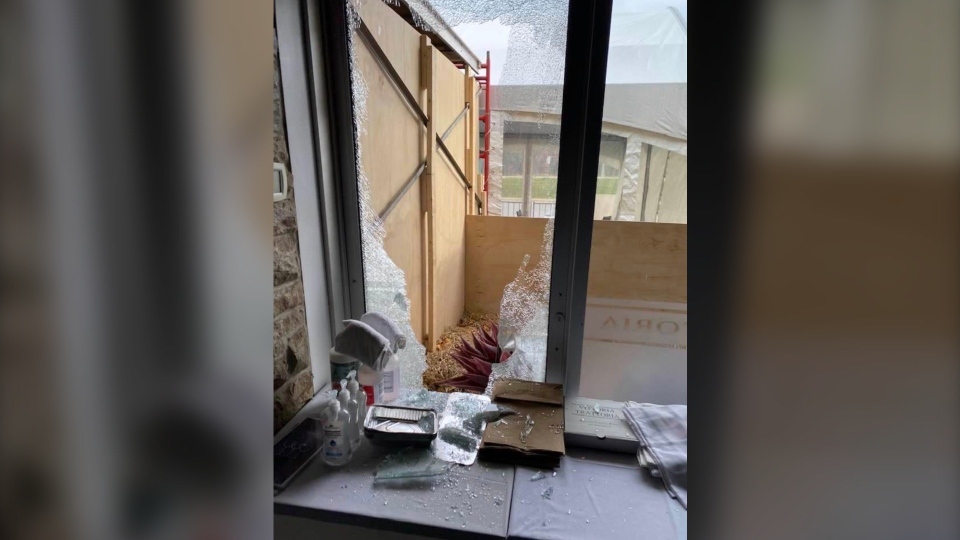 Ottawa Police confirm to CTV News Ottawa that police were called to Vittoria Trattoria overnight after a window was smashed. The file will be forwarded to the Ottawa Police Break and Enter Unit for further investigation.

"We kind of hustled down here early this morning to realize that the window had been broken into and somebody had ransacked the restaurant, threw something over there, there's broken glass everywhere," said Santaguida.

"Thank you to whoever decided it would be a great Halloween prank to rob us last night. On top of COVID pressures we were woken up in the middle of the night to a broken door and robbed," said Simply Biscotti on social media.

"It's just despicable with everything on right now."

Thank you to whoever decided it would be a great Halloween prank to rob us last night, on top of covid pressures we were woken up in the middle of the night to a broken door and robbed.

A post shared by Simply Biscotti Colonnade (@simplybiscotticolonnade) on Nov 1, 2020 at 9:11am PST

At Three Wild Women on Richmond Road in Westboro, owner Helen Aikenhead tells CTV News Ottawa "a man threw a rock through my door and made off with an armload of clothing." 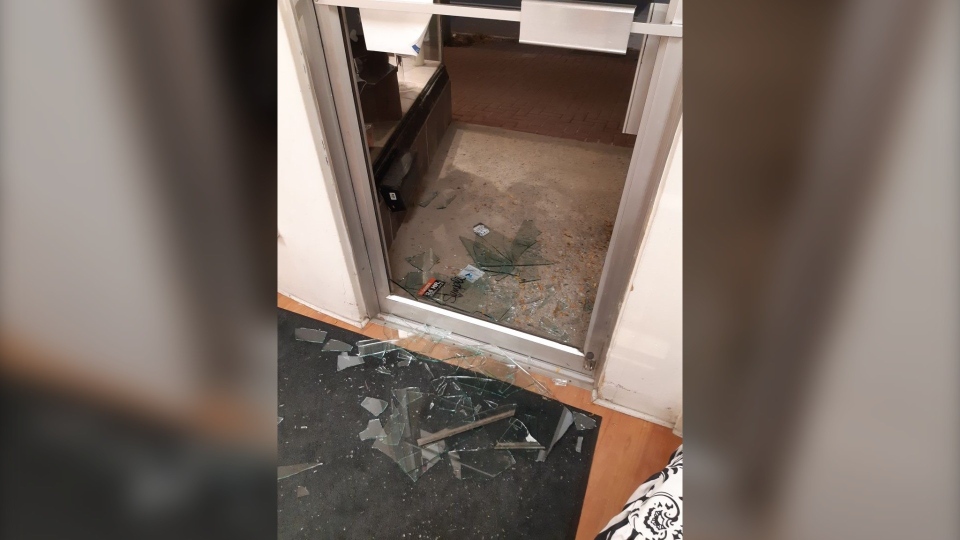 "Looking at the video, he was in no hurry. I guess he's done this before and knows how much time he has to get the goods and get out. He just went to the two closest racks, so I don't think he was looking for anything specific he just wanted something," said Aikenhead. 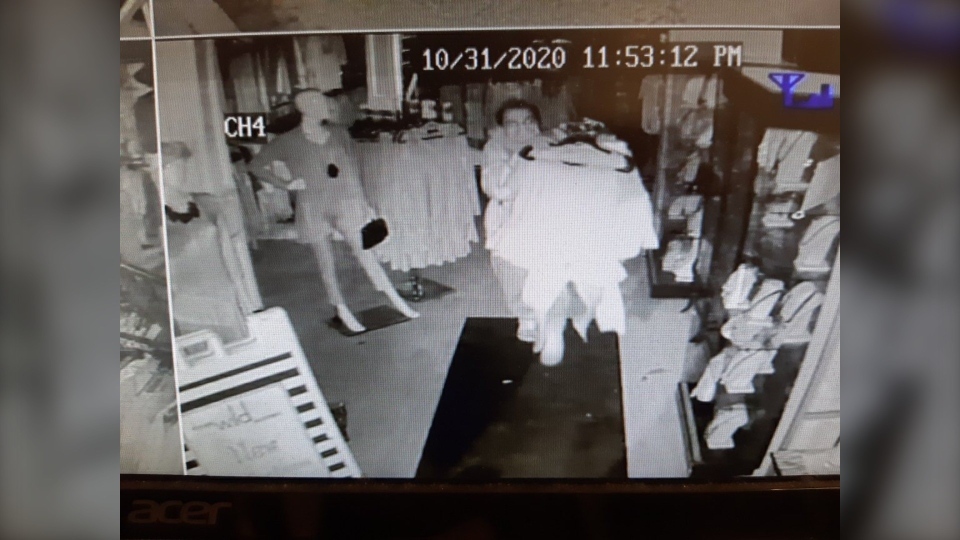 The owner of Three Wild Women tells CTV News Ottawa's Christina Succi the area had seen a few break-and-enters over the years.

"I wasn't surprised, but still it sucks big time because we're working so hard with COVID, keeping our doors open, being safe."

The owners of both Three Wild Women and Simply Biscotti tell CTV News Ottawa they filed police reports this morning.

Prima Pizza on Northside Road reported on Facebook Sunday afternoon that it was the victim of a break-and-enter around 10:30 p.m. Saturday. The store said several businesses in the plaza were targeted.

The vandalism comes as many businesses struggle during the COVID-19 pandemic.

"What really frustrates me is now I've got to spend a lot of money on security because I'm going to get the pulldown shutters and bars on the door," said Aikenhead about plans to boost security at Three Wild Women.

"It's a lot of money to be spending right now, but if I don't something, he'll be back. He got away with it once, he'll be back again."

Over at Vittoria Trattoria, Santaguida says the vandalism is another blow during a tough time.

"It's really depressing and disheartening to know that there's people out there that just want to cause damage and cause harm to people. We are doing our very best; our staff, the ownership group to keep people safe and people are responding overwhelmingly in support of us, and it's terrific to have the community behind us. But this certainly is a set back."

Management at The Captain's Boil on Elgin Street also reported a break-and-enter on Sunday.