WINCHESTER, ONT. -- A hailstorm caused havoc south of Ottawa on Tuesday afternoon, with one farmer saying at least 1,000 acres of his soybean and corn crops were damaged.

“At first it was just rain, light rain, then it just pounded down real hard for about 10 minutes and then it switched over to hail,” said Joe Spruit of Triple J Farms.

When the hail backed off, he said, the rain kept coming.

"There's a lot of soybeans that were stripped right down to nothing. Just stalks standing. And there's a lot of corn that's broke, some are broke right off at the top," Spruit added. 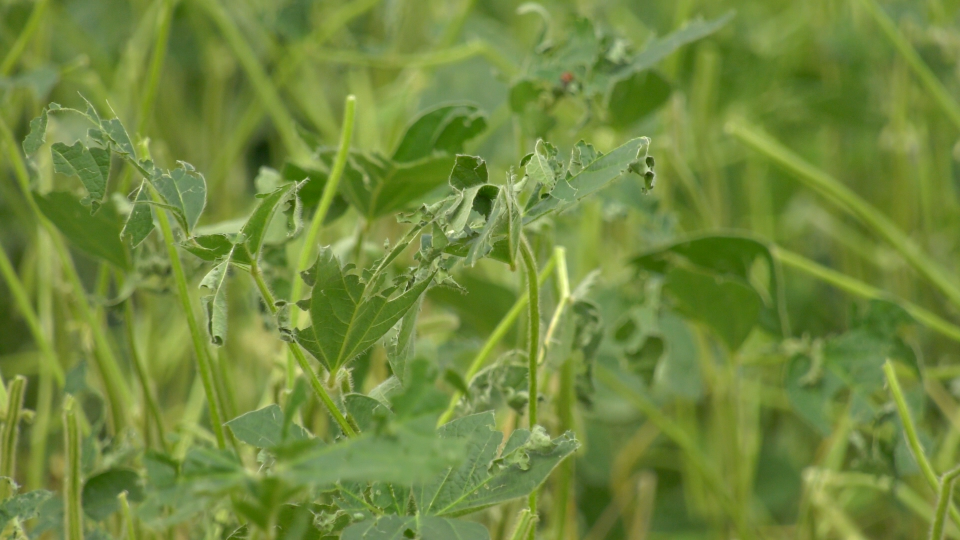 The farm sits along Spruit Road and he says the damage is localized to the crops on both sides of it.

"We have land on the other side of 43 Highway south of that and nothing was touched," he added.

The hail was so large it actually left marks on the cornstalks where it hit, and was strong enough to break some stalks right in half.

Joe’s brother Johnny was finding pool toys in the cornfield, with the winds ripping the sign off his front yard. Looking over the soybean crop on Wednesday, there wasn't much left.

"It's like it's totally stripped right? The leaves, pretty much all of the top leaves are gone, been torn off," Johnny said.

The plants were in the flowering stage with some already producing bean pods.

"I'm not sure if that plant is going to rebound from that again. It doesn’t look good, that's for sure," he added. 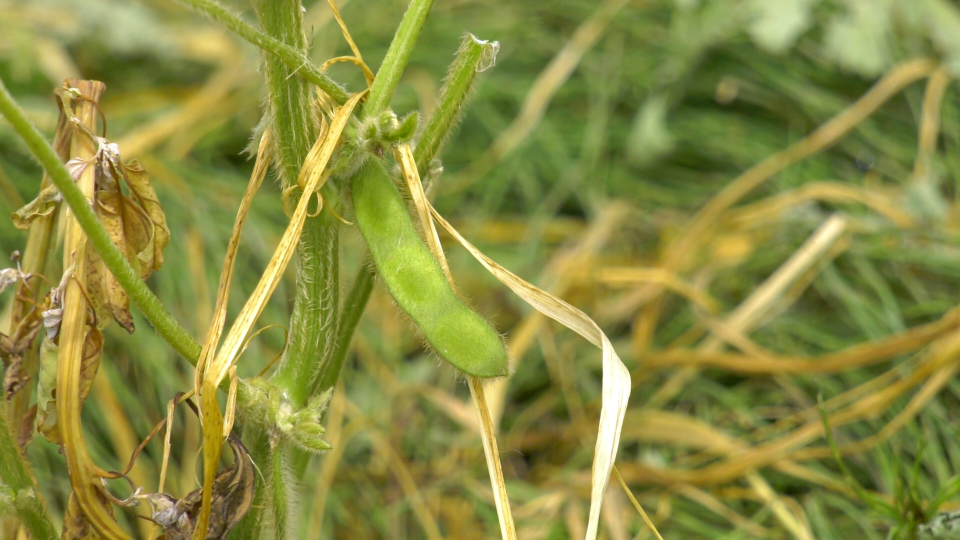 The corn crop is also in a critical stage, trying to produce a cob.

"The corn may rebound, but we're going have crop insurance take a look at it see what they see," Johnny said.

Joe estimates the hail was around the size of a loonie, also damaging his wheat crop, which he had planned to start harvesting on Wednesday.

Now he's left waiting for the land to dry.

While he understands he can't control the weather, he has never seen this type of damage at the farm, and has his fingers crossed that some of the crops can be salvaged.

"Hopefully it comes back, or at least get something off of it," he said.