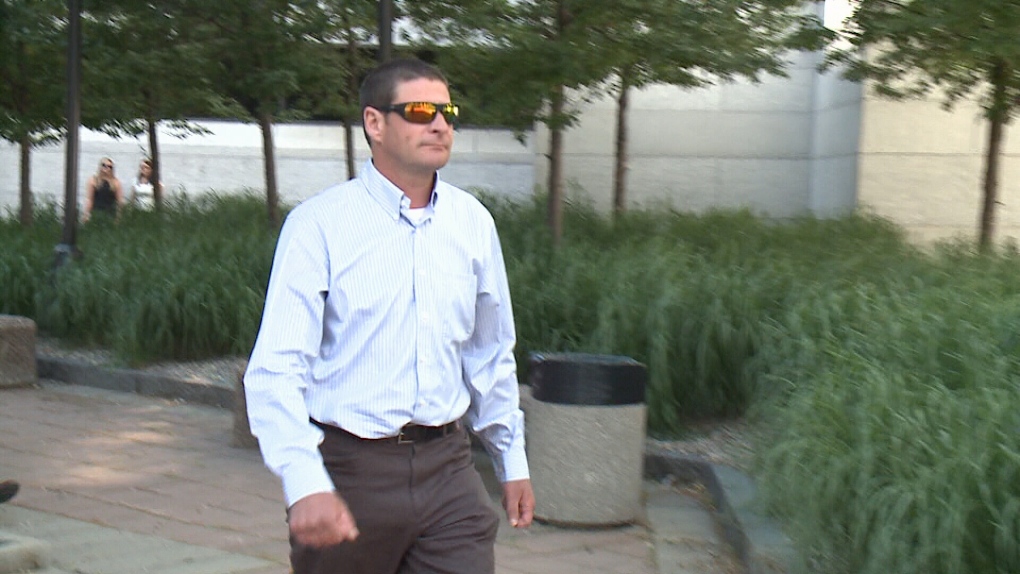 Damning evidence today against the woman accused of stabbing and bludgeoning Jagtar Gill.

Gurpreet Ronald's estranged husband testified that she came at him with a large kitchen knife multiple times. It was a day of shocking testimony from Jason Ronald. And heartbreaking testimony, too, from the daughter who discovered her mother bloodied and dead on the floor of their home.

Jason Ronald's explosive testimony painted a shocking image of the beautiful slight woman on trial for killing Jagtar Gill.  Ronald said on 4 separate occasions during their rocky 15 year marriage, Gurpreet Ronald came at him with a big kitchen knife. The two are separated, waiting for a divorce.

"I heard the clank of a kitchen drawer," he told a hushed courtroom "turned around and saw her coming at me with a big kitchen knife"

James Harbic, Gill's lawyer asks "How was she holding it?"

On one occasion, Jason Ronald said that Gurpreet came at him when their 9-year-old daughter was in the room and asked "What the f*** is with the knife, mommy?"

Ronald says the last incident was in the fall of 2013, at their home in Barrahaven, just months before Jagtar Gill was murdered.

Ronald said that attack happened after he told Gurpreet he was leaving their marriage.  Harbic then read out text messages between the two, in the days before and after the murder.

"Can we talk? Call me please,” a text from Gurpreet read on January 30th "I need your help, babe.”

It has scarred her for life.

The girl has spent much of her time since the murder in a psychiatric hospital.

In the interview, recorded on May 12th at the Royal Ottawa, she talked about that shopping trip to Sobey's the morning of the murder with her father and cousin.

"I didn't want to go," she said in the interview, "but my mom forced me to because my dad doesn't know what type of snacks we like."

She is then asked if there's anything else she can think of.

She says, "The bar that you guys found in the field?  My dad carried that upstairs.  He, he touched my mom, and then he grabbed that silver pole and then he went upstairs.  I just wanted to tell you guys that, and then he told me that he found it in the basement."

The girl explains that after the story came out in the news that police had discovered a bloodied bar, her father told her that he didn't know what to do with the bar, so he had thrown it away.

“I told him that was really stupid,” she says.

Jason Ronald's testimony has clearly had an impact on Gurpreet Ronald's defence.  Her lawyer will take the long weekend to prepare to cross examine him.