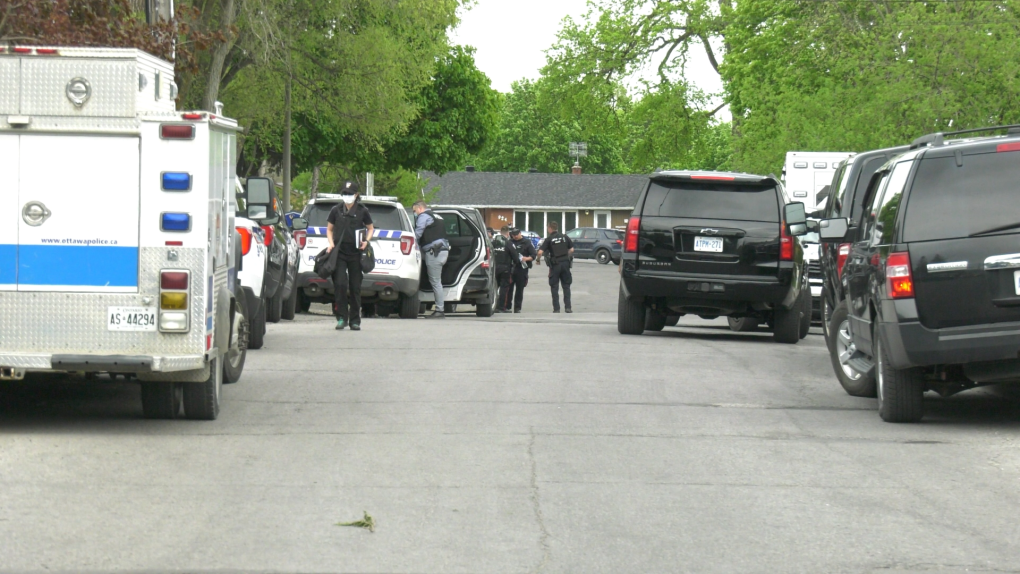 OTTAWA -- A 41-year-old Ottawa woman is facing charges following an incident over the weekend that led to a lengthy stand-off on an east-end street.

Several police officers, including members of the tactical unit, were called to Hochelaga Street, between Gulf Place and Bermuda Avenue for most of the day Sunday. Hochelaga Street is located off of Montreal Road.

Residents told CTV News Ottawa police asked them to stay indoors and not come out.

In a release late Monday afternoon, Ottawa police said officers and negotiators were called to the area at around 10:30 a.m. Sunday because a woman armed with a gun had threatened to kill one of her neighbours.

"At 11:35 p.m., the woman surrendered peacefully and was arrested without incident. No one was injured. Evacuated residents were permitted back in their homes once it was deemed safe for them to do so," police said.

Police searched the home Monday after obtaining a warrant and seized "an item believed to have been used as a weapon at the time of the offence."

Deanna Rotondo is facing charges of uttering death threats, assault with a weapon, pointing a firearm, and using a firearm to commit an indictable offense.

She is scheduled to appear in court on Tuesday.