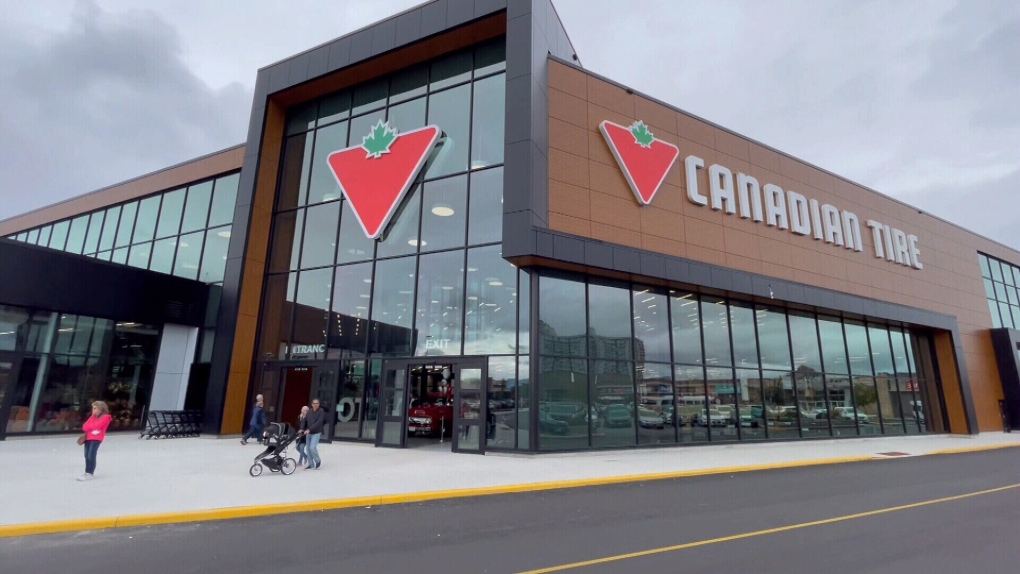 The United People of Canada is evicted from an Ottawa church, roller-skating is making a comeback, and Canada's largest Canadian Tire store opens its doors in Ottawa.

CTVNewsOttawa.ca looks at the top five stories in Ottawa this week.

A group with ties to the Freedom Convoy left an Ottawa church on Friday, hours after a judge granted an order to evict the group.

Ontario Superior Court Justice Sally Gomery granted an application on Friday by the owners of St. Brigid's on St. Patrick Street to evict the United People of Canada from the property.

The owner, Patrick McDonald, sought the court order to enforce the group's eviction, saying they failed to make $100,000 payments as part of a conditional sale of the church, owed $10,000 in rent and have broke heritage rules.

Gomery also ruled that TUPOC must pay $53,000 in costs to the owners of the property within 30 days.

McDonald told CTV News Ottawa he was "delighted" with the ruling.

St. Brigid's church was conditionally sold to TUPOC on June 15, with the group claiming it wanted to use the historic property as its "embassy." The property is listed for $5.95 million.

TUPOC director William Komer said the group is planning to appeal the court decision, but they would leave as "quickly as we can."

Earlier this week, Newstalk 580 CFRA's Andrew Pinsent reported companies owned Komer are accused of taking thousands of dollars from customers and leaving them in the dark. 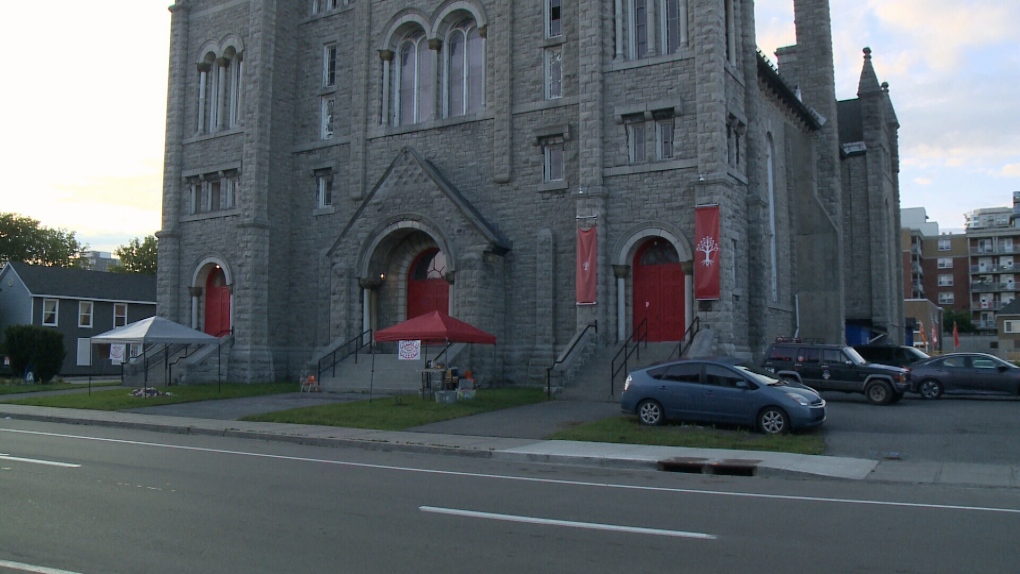 The United People of Canada remained at the St. Brigid's Church in Ottawa's Lowertown on Thursday, after a deadline passed for them to leave the church due to an eviction order. (Jim O'Grady/CTV News Ottawa)

Ottawa and Canada honoured the Queen with a national day of mourning, a memorial parade and a commemorative service at Christ Church Cathedral.

"It felt like I could be part of it, not being in the U.K., it felt like I could honour her here," said Rachel Hobley, while watching the memorial parade with her husband and son. "She was just such a good figure head. Dignified, inspirational, lead the U.K. so well.”

JoAnne Mead Cramer made the trip from Brockville. “I was just thinking about how privileged we are to have had such a wonderful monarch as the Queen of Canada,” she said.

Capt. Fraser Clarke, a member of the Queen’s ceremonial guard, took his two young sons to the procession. “It is a significant occasion that only happens once in a lifetime,” he said.

Clarke said he wants his sons to learn the significance of the crown in Canada. “I felt it was important to show our own appreciation for the service that she gave us, and the example she set.” 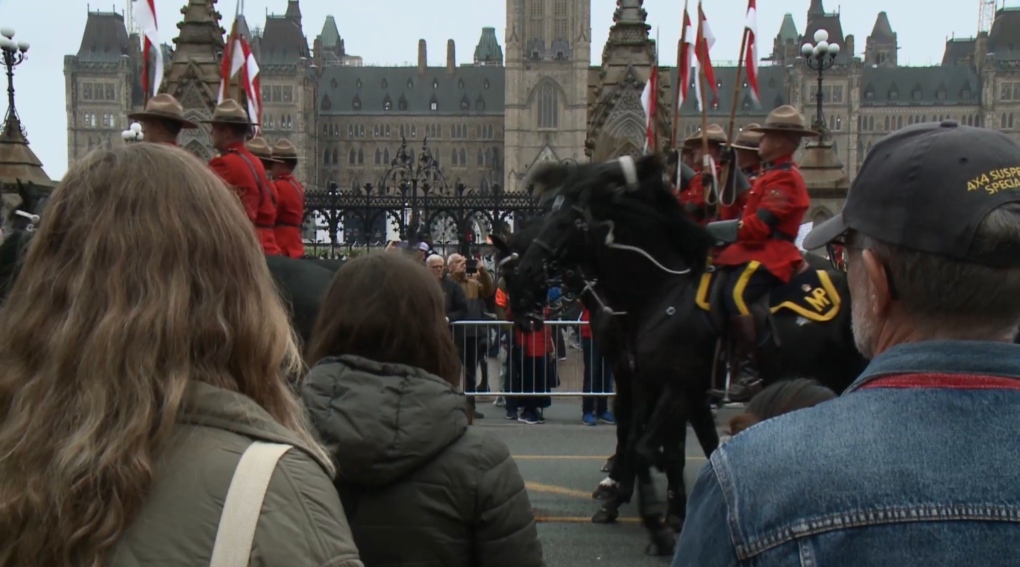 Residents lined the streets of Ottawa to watch the procession to Christ Church Cathedral in honour of Queen Elizabeth II on the day of her funeral in the U.K. Sept. 19, 2022. (Ryan Arden/CTV News Ottawa)

Five children were assessed by paramedics after an unexplained series of allergic reactions at a daycare in Ottawa's west end.

Emergency crews responded to a hazardous materials call at the Stepping Up Daycare on Glencoe Street, between Bellman Drive and Midland Crescent, just after 12 p.m. on Wednesday.

An Ottawa fire spokesperson told CTV News Ottawa the initial investigation suggested a change in a cleaning product caused minor allergic reactions to the children, but now there is a possibility it was caused by a food product. The spokesperson says the cause of the allergic reaction is "still undetermined." 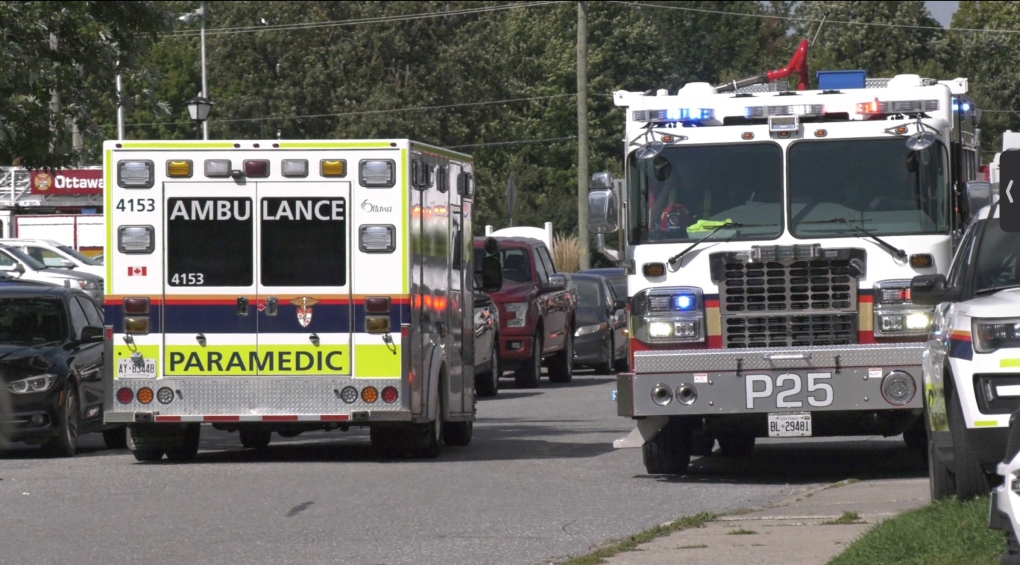 As Canadian Tire celebrates its 100th birthday this month, the company opened a 135,000 sq. ft. store in the location of the former Sears store at the mall on Carling Avenue on Thursday.

Billed as a "Remarkable Retail" Canadian Tire location, the store includes a six-car Customer Pick Up canopy area for customers to Click and Collect their online purchases, a Garden Centre, and an auto service department with an auto-lounge and upscale tire wall.

Construction on the new store in the Carlingwood Shopping Centre began in the fall of 2019.

Roller-skating is coming back to Ottawa in a big way

Roller-skating is making a comeback in Ottawa.

A new 20,000 sq. ft. roller-skating rink will open in December in a section of the Ottawa Citizen building on Baxter Road.

"Obviously, there's a big need for it," says Michee Jean, co-owner of 4 Wheelies. "There's a huge roller-skating community in Ottawa. And so far the response has been great. And a lot of people are looking forward to for this to be open."

Co-owner Josefa Mampihaona says he wants to pay homage to the Ottawa skating rinks that came before them.

"There's an arcade, there's a party rooms, there's a restaurant, there's a bar," says Mampihaona. "It's very modern, but I want to put some stuff that you know, gives tribute to whatever Skateway and Skatuim had before." 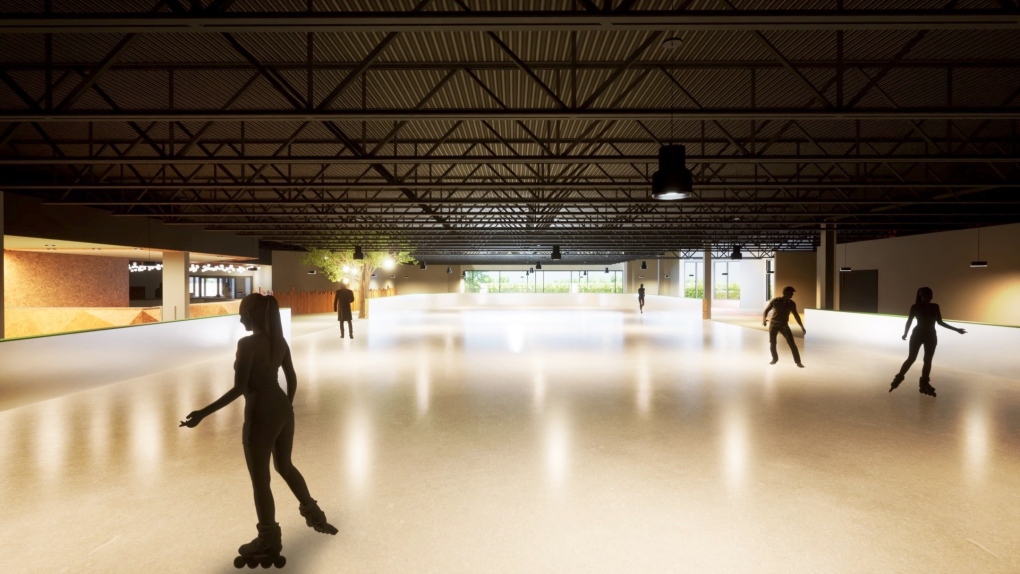 Artist renderings of a new roller-skating rink set to open in a section of the Ottawa Citizen building on Baxter Road. (Courtesy of 4 Wheelies)

Russia freed WNBA star Brittney Griner on Thursday in a dramatic prisoner exchange, as the U.S. released notorious Russian arms dealer Viktor Bout but failed to win freedom for a Canadian-born U.S. citizen, Paul Whelan, who has been jailed for nearly four years.

First Nations leaders in Manitoba are calling for the resignation of Winnipeg's police chief after the force decided to not search a landfill for the remains of two Indigenous women.

The men’s FIFA World Cup is about to enter the quarter-final stage and CTVNews.ca takes a look at the major on-pitch storylines of the past week.

Gas prices down across Canada, likely to last a few weeks leading up to holidays

Drivers hoping for cheaper gas can fill up after the price at the pump across Canada dropped today to 143 cents.

The Alberta legislature has passed Premier Danielle Smith’s controversial sovereignty act but not before first stripping out the provision that granted Smith’s cabinet the power to bypass the legislature and rewrite laws as it saw fit.

Legendary Canadian singer Celine Dion says she suffering from Moersch-Woltman syndrome, a rare neurological disease causing muscle spasms. As a result, the Quebec-born vocalist announced she will not resume her world tour in Europe next February.