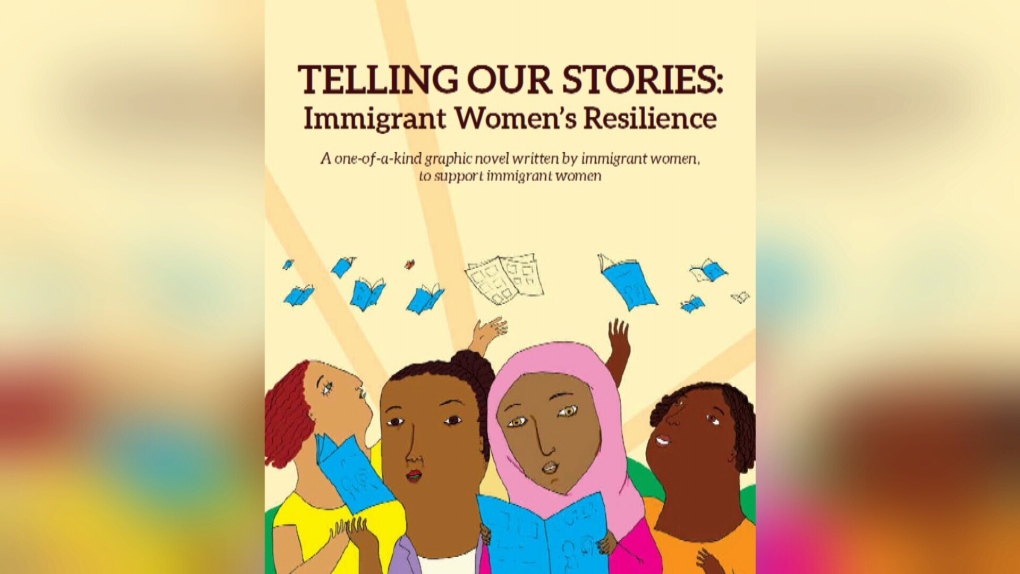 Take a group of immigrant and refugee women and have them write stories based on their collective experiences of sexual assault and abuse.

Then turn those stories into an illustrated book and use it as a lesson of hope for other immigrant women in similar situations.

That is the idea behind the new graphic novel, Telling Our Stories: Immigrant Women’s Resilience, which received its official Ottawa launch Tuesday night.

The book is a collection of four stories collectively written by forty immigrant women living in Ontario. They are simply written, colourfully illustrated cartoons that cover some pretty dark subject matter.

But they also show that women do not have to suffer abuse in silence. They can tell someone, get help, and eventually leave their abusive situation.

“You don’t need to submit yourself or allow somebody to abuse you. It’s good to get women to know their rights,” says Edith Igwe, a Nigerian refugee living in Ottawa. Igwe drew on her own experiences of sexual assault to help write one of the stories.

The book is funded by the Ontario Government, and is a partnership between the Ontario Council of Agencies Serving Immigrants (OCASI) and its francophone counterpart, le Mouvement Ontarien des Femmes Immigrantes Francophones (MOFIF).

“We thought a graphic novel would be the ideal medium to communicated these serious topics in a user-friendly and easy-to-understand matter,” says Eta Woldeab, Associate Executive Director with OCASI.

The book is being made available in eleven languages and will be provided free-of-charge to immigrant and refugee agencies across Ontario.