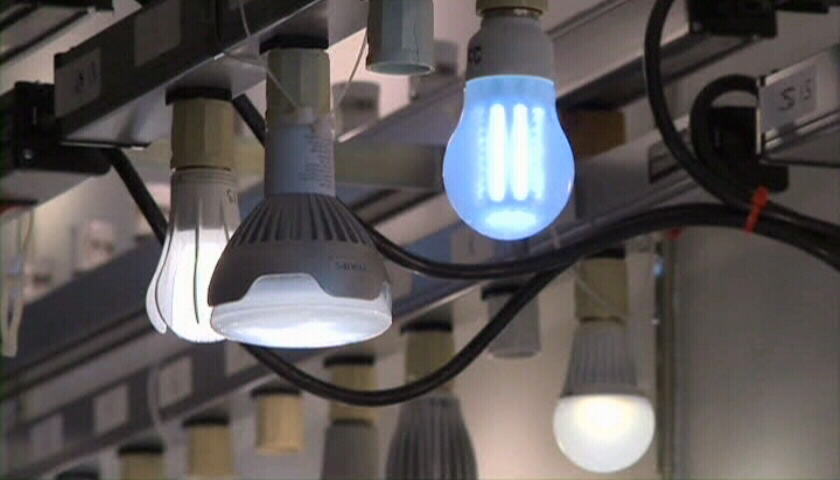 LED light bulbs are expensive, but they might be the best buy over the long run.

A government initiative featuring instant rebates on energy efficient lights and devices is encouraging consumers to save energy.

A selection of products from LED lights to LED switches and smart extension cords are eligible for instant rebates through the Save Energy Deal Days. The promotion, which started on April 6th and runs until May 6th, is an incentive for people to ditch their incandescent and fluorescent lights for more energy efficient alternatives. Unlike previous campaigns, Deal Days does not require customers to print and download coupons - discounts are applied instantly at the register on eligible products.

For home owners like Brian Houle the switch was an easy choice.

"With the cost of hydro these days, it's important to try and save where you can so we were automatically thinking LED lights," he said. "We only have three more in the house to switch over."

And contractors like Paul Gratton of Fresh Reno are also noticing more and more clients asking for energy efficient upgrades.

"Probably in the last two years there has been a definite shift," he said. "Before that, I think, people were just concerned about what the lights were going to look like and maybe more about the cost. But certainly in the last two years there have been more questions about what is available in LED and can we put LED, how many places can we put LED."

Though discounts seem small, Gratton said a difference of even one dollar can have a significant impact on the overall cost of a renovation.

"We've done basements where there are 45 pot lights, so that could be a massive saving," he said.

There are more than 1,300 retailers across Ontario participating in Deal Days.

David Clarke, the store manager at the Canadian Tire on Ogilvie Road, said business has been busier than usual over the last two weeks.

"They go through the register and get their rebate and then the sale price on top of that," he said. "It's simple."

The IESO, the Crown Corporation that runs the program, said more than 12 million energy efficient products were purchased during the Fall Deal Days. This new wave campaign will run twice a year, once in the Fall and once in the Spring.