OTTAWA -- There was a rescue mission at the steps of the Rideau Canal to save tiny goslings in danger of falling over the ledge to their death.

Early Wednesday morning, a family of geese, including eight goslings, fell into the Rideau Canal locks by the Chateau Laurier.

Anouk Hoedeman is the founder of Safe Wings Ottawa, an organization of volunteers trying to prevent city-dwelling birds from dying.

"It might not seem like a bad thing, because you know, they’re goslings, and its water. But they get trapped in the locks like that," says Hoedeman. "They can’t just swim indefinitely. They’ll tire out. They’ll get hypothermic. So once they’re trapped in there you have to get them out or they’re going to die."

They were trapped for several hours before being saved by Parks Canada staff, who scooped them out with a fishing net. 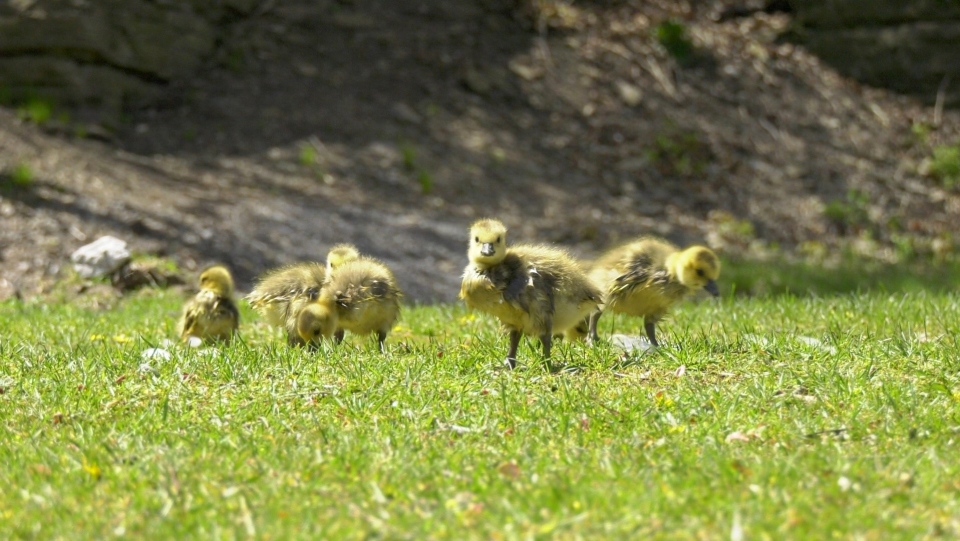 Safe Wings says this isn’t the first time this has happened. Multiple times a year, wildlife falls into the Rideau Canal at the locks. Most of the time, they don’t make it out.

"Safe Wings gets calls every spring and summer," says Hoedeman. "We get about half a dozen, it depends on the year. But from the locks here, from the Hartwell’s Locks, ones that are further down the canal system, with the same thing happening. With goslings or with ducklings."

Once safe, passersby couldn’t help but take photos of the recently saved goslings, glad to see they survived their near-death experience.

"They’re so cute. Adorable," says Andree Boucher who is visiting Ottawa from Quebec. "I’m so happy they’re safe. I just love them and congratulations to whoever saved them."

In a statement to CTV News Ottawa, Parks Canada said staff were able to save all but one of the goslings.

"Parks Canada team members will do what they can within the boundaries of safety to free them. The operations team for the Rideau Canal were advised that baby geese had made their way into the canal, and safely recovered all but one of the goslings."

Safe Wings Ottawa wants more to be done to prevent this from happening again.

"We’d like to see a permanent solution," says Hoedeman. "So when ducklings and goslings end up in the locks, they have a place where they can be safe. So like a little raft that they can float on so that they can rest and stay warm."

In other parts of the world, ramps have been installed in canals and have saved countless birds and other wildlife from drowning

"Goslings and ducklings ending up in the locks isn’t cute," says Hoedeman. "They’re trapped and its life or death for them. And often they’re ending up in there because of dogs that are going after the wildlife. And it might be a lot of fun for the dog to chase after a goose, but it can kill wildlife."