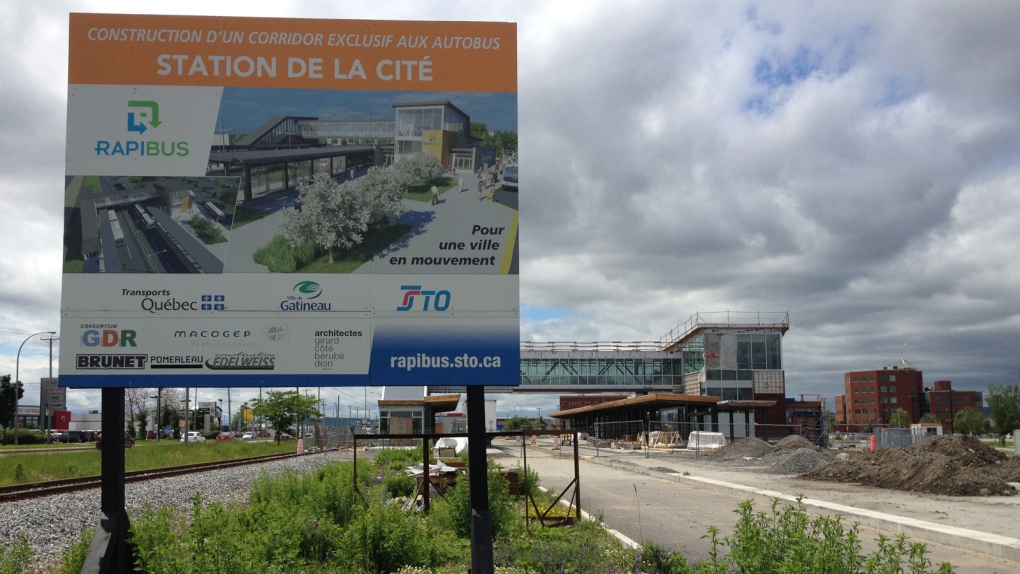 A Rapibus station site is abandoned during a Quebec-wide construction strike.

Construction workers are exchanging their tools for picket signs in Gatineau.

More than 175,000 workers walked off the job as a part of the first Quebec-wide construction strike since the mid-1980s.

The sound of spring construction has been replaced with silence along the STO Rapibus line, which is expected to be completed by mid-October.

"In the next few days, there will be no major impact on our schedules and on our calendar to put the Rapibus in service," says Celine Gauthier, STO spokesperson.

Gauthier admits a province-wide strike of this level is a rare occurrence and hopes it will not last more than a few days.

Construction workers also set up a picket line outside one of 25 Target locations across Quebec set to open this fall.

Target is hopeful of a swift resolution to the dispute. In the meantime, we are monitoring the situation closely.

Labour talks broke down over the weekend, with the last offer by the Quebec Construction Association being rejected by the union.

Key issues include lowering overtime pay from double-time to time-and-a-half, using workers from outside the region on local projects, and changing and staggering start times.

“We won’t negotiate with a gun in the side of the head,” says Yves Ouellet, union spokesperson.

The Quebec Construction Association says the union is misinforming its members on the ground and is willing to head back to the table.