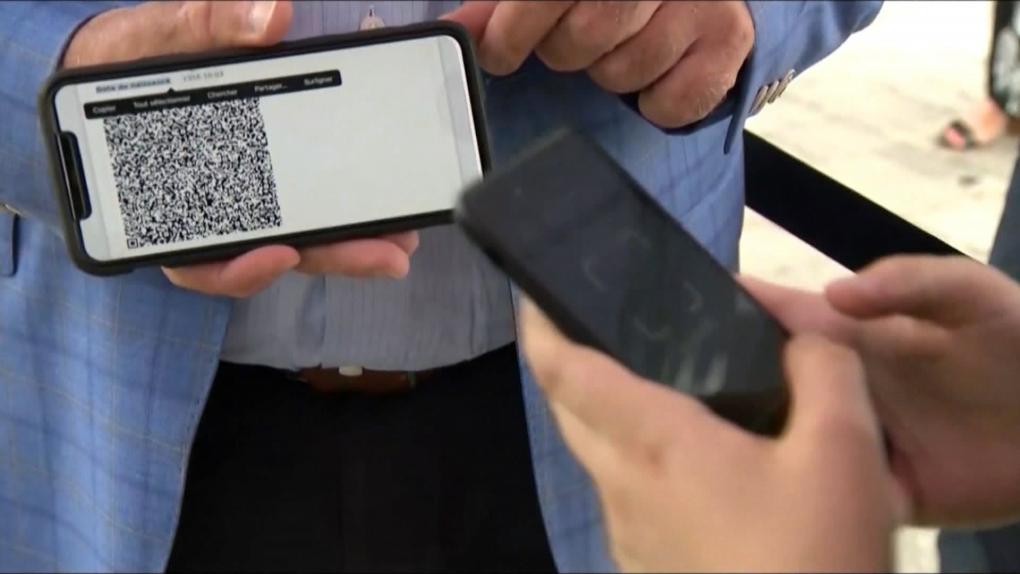 Police said in a news release that the "extensive and complex" investigation began in September and involved the street crime section, other units, and other law enforcement agencies. On Monday, a 27-year-old man was arrested.

In an interview with CTV News, Ottawa police Det. Shaun Wahbeh with the organized fraud unit said police were told that a man was providing false Quebec vaccine certificates for Ontario residents and false Ontario certificates for Quebec residents.

"The first we heard about it was in September, so we started our investigation and we did find evidence that a male was selling those certificates," Wahbeh said.

Police said the investigation is ongoing and further charges could be laid, including against the buyers.

"We are now actively looking for people who purchased the certificates," Wahbeh said. "If you purchased them and then brought them to the ministry or showed your employer, you're liable for criminal charges."

It is unclear how many of the certificates were sold.

The release ended with a reminder that selling, purchasing, using or knowingly accepting false COVID-19 vaccination credentials is a crime.

"For anybody who thinks it's okay to buy these, you could be opening yourself up for criminal investigation, loss of employment—there are so many repercussions that come from it," Wahbeh said. "So, if you bought it and you brought it to the ministry or to your employer, and we have evidence, we will charge you."

Pierre Patry is facing charges of uttering a forged document, forgery, and conspiracy to commit an indictable offence, as well as charges relating to the possession and laundering of the proceeds of crime and also a drug possession for the purposes of trafficking charge.

Patry is due in court at a later date.

Earlier this month, the government of Quebec put a temporary hold on approving out-of-province proof of vaccinations from Ontario after hundreds of cases of fraud were discovered.

"We take this situation very seriously, and anyone trying to use or fabricate a fake vaccine passport faces risks of prosecution and heavy penalties,” the Quebec health ministry said in a statement to CTV News Montreal.

'Not business as usual': Ottawa Hospital making changes to operations amid Omicron wave

Omicron 'increasing the likelihood' most Ottawans will be exposed to COVID, top doctor says