Gatineau police investigating after body found in snowbank in Hull 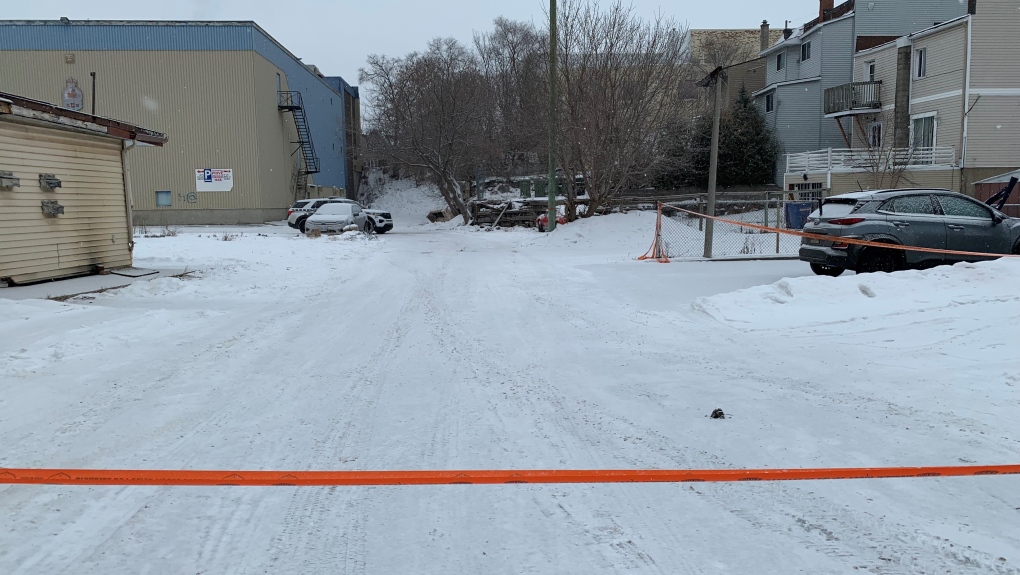 Gatineau police taped off a section of rue Eddy in the Hull sector Sunday, Jan. 9, 2022, after the discovery of a body Saturday night. (Shaun Vardon/CTV News Ottawa)

Gatineau police are investigating a suspicious death in Hull after a man's body was discovered Saturday evening.

Police were called to rue Eddy at 6:50 p.m. when someone discovered the man's remains.

The victim was a man in his 30s. He has not been identified and it's unclear what caused his death, but police are considering it suspicious at this time.

A neighbour who spoke to CTV News Ottawa said the body was found in a snowbank.

Police set up a security perimeter around the area on rue Eddy where the body was found, but have released no other information about the investigation.

Anyone with information on this suspicious death is invited to contact Gatineau police at 819-243-4636.