Gatineau man accused of uttering threats at acquaintance in Ottawa 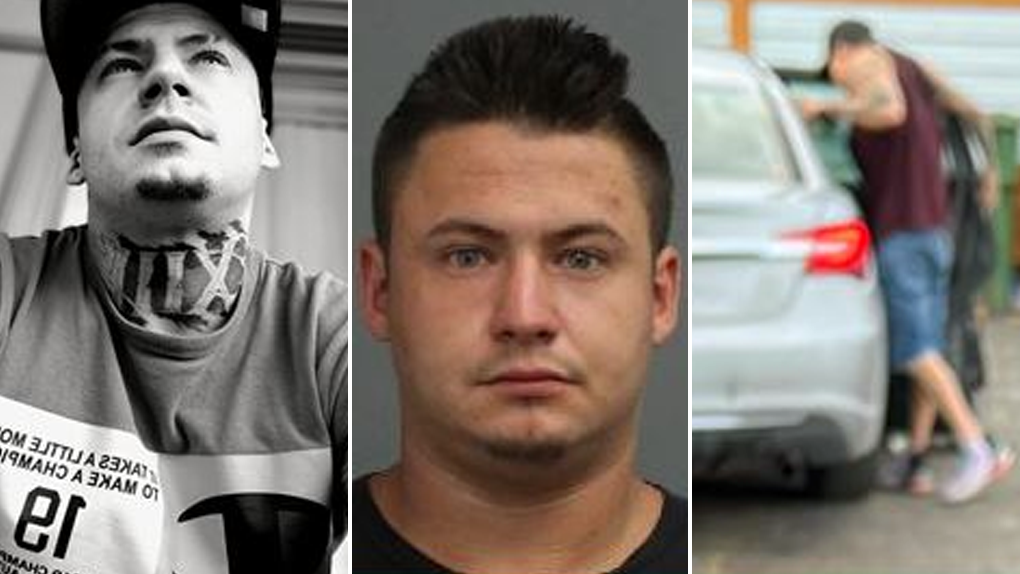 Ottawa police Cederick Richard-Soares, 28, of Gatineau, Que. has turned himself in to authorities. (Ottawa Police Service)

Ottawa police have issued a warrant for a Gatineau man accused of uttering threats at an acquaintance in Ottawa, warning he is considered armed and dangerous.

Police say at approximately 9:30 a.m. Wednesday, a man received death threats from an acquaintance while at work on Renaud Road.

"Evidence led investigators to believe that the threats are serious in nature and require the public to be notified," police said.

Cederick Richard-Soares, 28, of Gatineau, Que. is described as a white man, 5'6", athletic build, with sleeve tattoos on both arms and a neck tattoo.  He was last seen wearing a burgundy tank top, blue jean shorts, and a grey baseball cap. He is carrying a satchel to the front.

Police say Richard-Soares may be a passenger in a silver Chrysler 200 with a Quebec licence plate driven by a woman, and he is believed to be in the Ottawa-Gatineau area.

Anyone with information is asked to contact the Ottawa Police East Criminal Investigations Unit at 613-236-1222, ext. 3566.