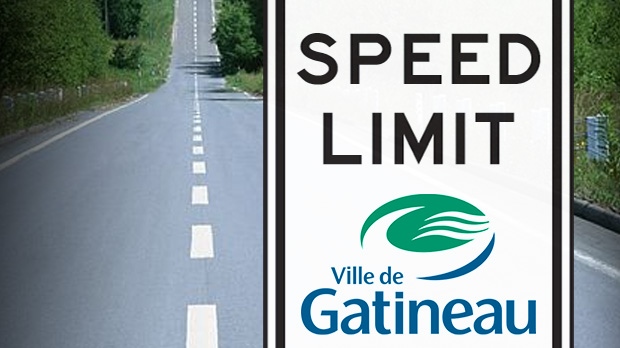 Speed limit signs started being replaced in late May and finished Friday, Aug. 24, 2012.

Motorists in Gatineau are facing lower speed limits on some streets, all in the name of safety.

“These new signs will help to greatly improve road safety in residential areas for everyone, including people on foot, on bikes and in cars,” said Gatineau Mayor Marc Bureau in a news release.

Residents said they’d like to see vehicles slow down on their streets, but not just be ten kilometres.

"In the residential areas I think it's necessarily because there are kids,” said another. “The drivers are the ones who have to be safe and protect (others).”

Ottawa residents who want their speed limits reduced from 50 kilometres an hour can put in a request to the city, which will be granted if two-thirds of people on the street agree.

The City of Gatineau didn’t respond to a request for the cost of the adjustment, but the City of Ottawa said a similar project would cost about $5 million for them.

With a report from CTV Ottawa’s Stefanie Masotti