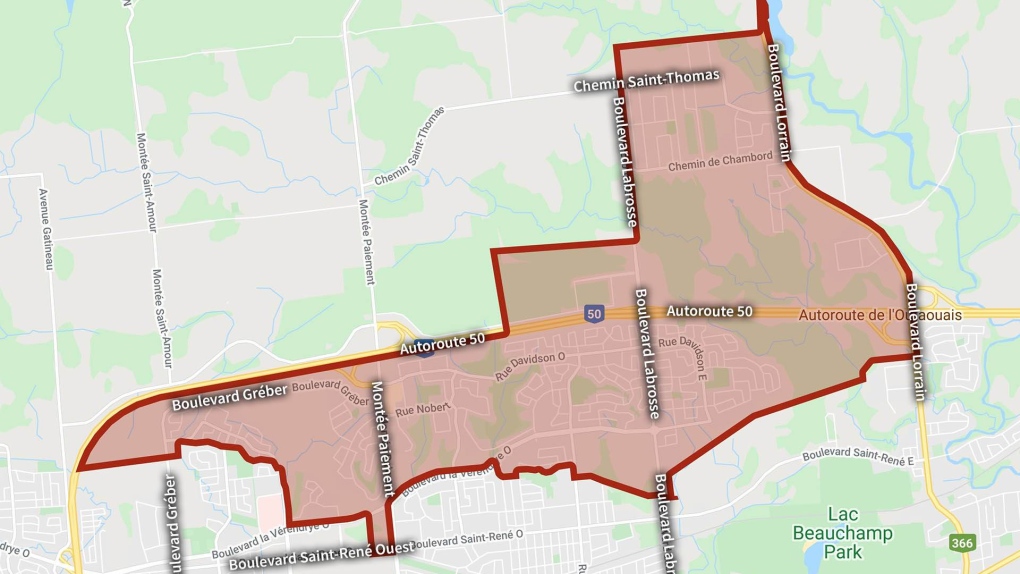 OTTAWA -- Gatineau has issued a boil water advisory affecting about 24,000 residents in the eastern part of the city.

The preventive advisory is being issued because of a problem found during work at the Main pumping station, the city said in a news release Thursday afternoon.

Officials say affected residents in the Gatineau sector should boil their water for one minute before consuming it.

Once the advisory has been lifted, cold water taps should be left running for one minute, or until the water gets cold.