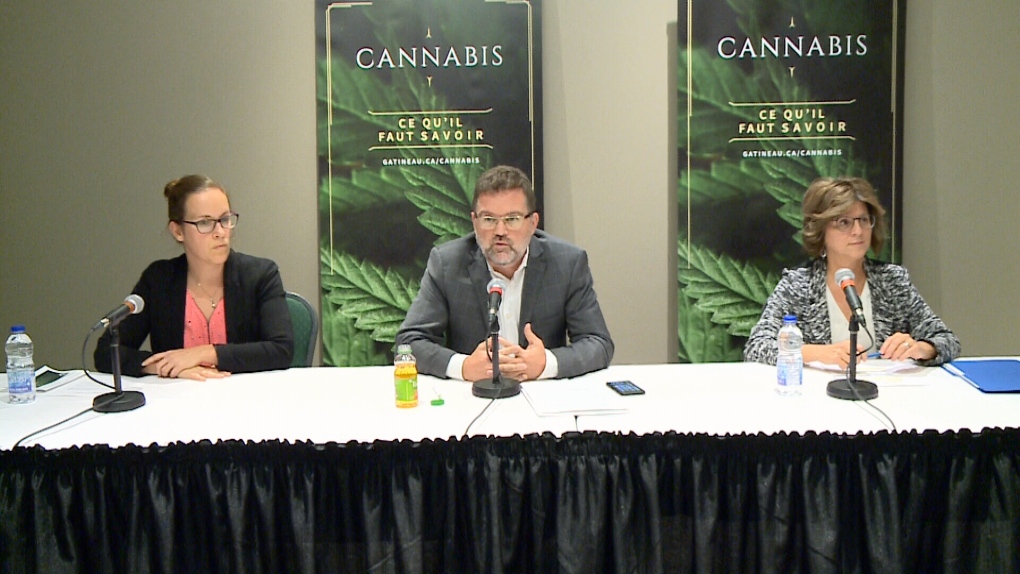 Call it a Tale of Two cities, but unlike Dickens' novel about London and Paris and the French Revolution; this is about Ottawa and Gatineau and the cannabis evolution; two different cities a stone's throw apart with widely different rules about the sale and consumption of recreational marijuana, beginning with Gatineau’s front-life workers.

The city of Gatineau just outlined its rules regarding front line workers, including police officers and firefighters.  While Ottawa is taking a "fit for duty" approach, Gatineau will have zero tolerance meaning no trace in their systems at all.

It's a short drive over the bridge to get you from one province to another.  But the gap widens when you're talking the rules around cannabis consumption.

Gatineau's mayor today outlined what his city will look like come October 17 with a strict "zero tolerance" policy for people in high-risk jobs and emergency workers like police and firefighters.

“When he's working,” explained Maxime Pedneaud-Jobin, Gatineau’s Mayor, “there must not be traces of consumption in his body.  If he's back from a holiday, there must be no trace in his body.”

Pedneaud-Jobin says managers will be trained to detect someone who has taken cannabis.  Ottawa police have a less strict, "fit for duty" policy.

Another challenge will be with respect to the different ages of consent.  Gatineau's bar strip has long been the "go-to" spot for 18 year olds from Ottawa, taking advantage of the younger drinking age in Quebec.  Now the same could hold true for the younger pot age.

Gilles Levasseur is Professor of Business and Law with the University of Ottawa, “You could go to Quebec, consume in Quebec but you can't bring it back to Ontario.”

Here's where the whole situation gets sticky.  An 18 year-old can legally buy cannabis in Quebec as of October17 but he can't drive it back here over the border into Ontario where the legal age of consumption is 19.

Levasseur says the challenge for authorities will be enforcing those laws.

“Are we going to stop every citizen, every vehicle crossing the bridge?” he says, “That's the big issue of enforcement so that's something we've got to look at.”

It's something the Quebec government is already addressing.  The new premier has promised to raise the legal age in Quebec to 21.

So, back to our tale of two cities:  We know as of October 17th, the minimum age in Quebec will differ from that in Ontario.  Ontario will only have on-line sales at first.  Quebec, on the other hand, has promised 14 storefront shops, though none in Gatineau until at least the new year.

Gatineau police will hold a news conference on Tuesday one day before cannabis becomes legal.  Gatineau's mayor says unions are on board with their "no tolerance" policy; he doesn't expect anyone to contest it