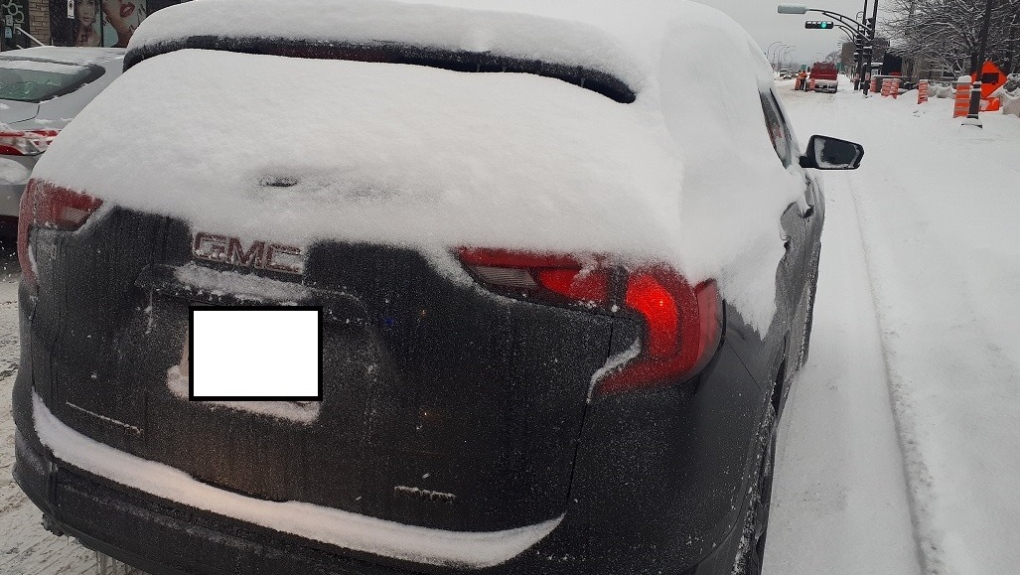 OTTAWA -- A driver in Gatineau was slapped with a $108 fine for failing to clear snow off their vehicle before hitting the road, according to police.

In a Facebook post about the fine, Gatineau police reminded drivers that neglecting to clear snow and ice off their cars can be dangerous.

"Removing snow from your vehicle is obviously a matter of visibility and safety. Yours and that of other road users," the police service wrote. "Buying a snow broom would have been cheaper..."

In Ontario, there is no specific law under the Highway Traffic Act that deals with snow removal from cars, but it's considered an "insecure load" and drivers can be fined for it.

The Act also requires driver to be able to see clearly out the front, back and side windows while driving.