Gas prices on the rise in Ottawa after Saturday drop 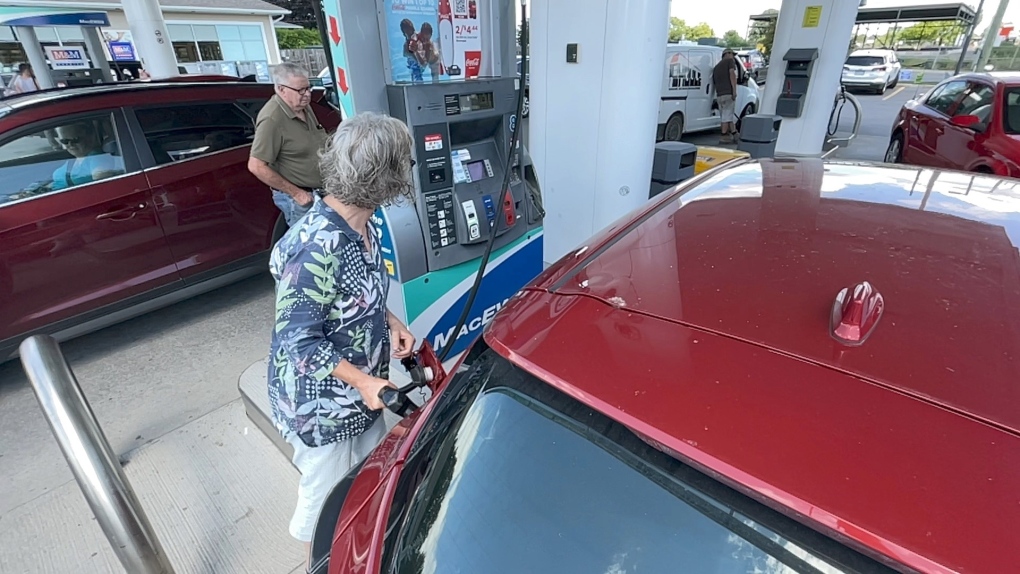 Motorists fill up the gas tank on Friday, as gas prices drop to their lowest levels in months. (Dave Charbonneau/CTV News Ottawa)

Ottawa gas prices have started to rise at the end of the weekend.

Gas prices dropped to their lowest level in six months at Ottawa stations on Saturday, at $1.599 a litre.  According to ottawagasprices.com, some stations in Ottawa were selling gas for $1.54 a litre.

Prices have dropped 20 cents a litre in Ottawa since Thursday.

However, Canadians for Affordable Energy President Dan McTeague is telling motorists prices are set to climb.

McTeague forecasts prices will rise seven cents a litre in Ottawa and across Ontario on Sunday to 166.8 cents a litre.

As of noon Sunday, the average price in the city had climbed to $1.61.

Gas prices in Ottawa have dropped 56 cents a litre since hitting a record high of 215.9 cents a litre on June 11. A drop in demand and rising fears about a recession drove down the price of oil. The Ontario government cut the gas tax rate on July 1 from 14.7 cents per litre to 9 cents per litre.

Speaking on Newstalk 580 CFRA's Ottawa at Work on Friday, McTeague said the recent drop in gas prices is welcome, but "don't expect it to last."

"The markets, I think, are overestimating the amount of demand drop we've seen in the United States and underestimating the severest supply shortage that we're having," McTeague said.