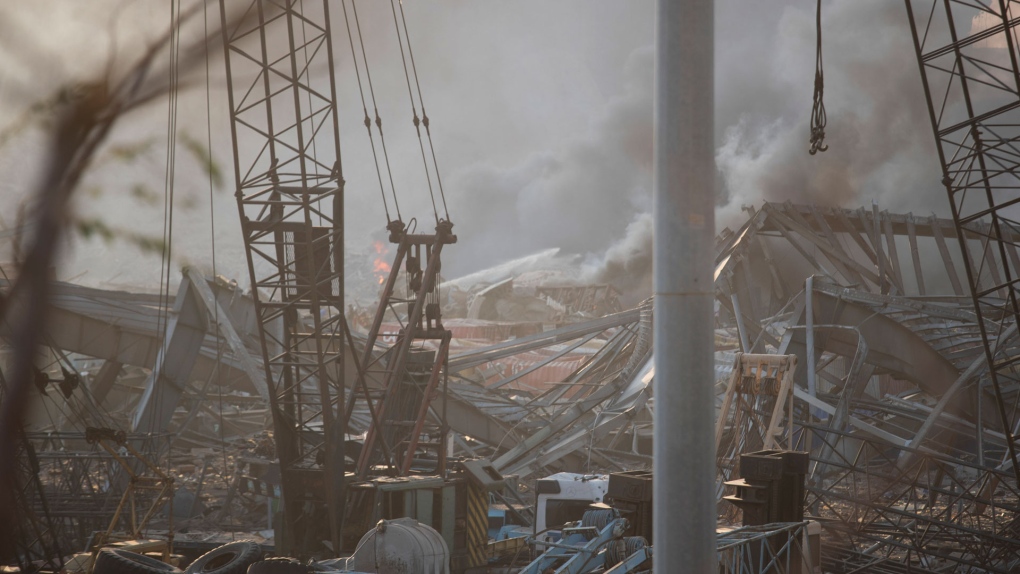 Aftermath of a massive explosion is seen in in Beirut, Lebanon, Tuesday, Aug. 4, 2020. Massive explosions rocked downtown Beirut on Tuesday, flattening much of the port, damaging buildings and blowing out windows and doors as a giant mushroom cloud rose above the capital. Witnesses saw many people injured by flying glass and debris. (AP / Hassan Ammar)

OTTAWA -- A local pizza shop with Lebanese roots has announced it will be raising funds for the Red Cross to aid in relief efforts in the wake of the massive explosion this week in Beirut.

Gabriel Pizza will be donating $2 from every pizza it sells Aug. 7 through 9 to the emergency relief efforts in Beirut in partnership with the Canadian Red Cross.

Michael Hanna, who immigrated to Canada from Lebanon in 1968, founded Gabriel Pizza in 1977. There are now locations across eastern Ontario and western Quebec.

“We are deeply saddened by the horrific explosion in Lebanon. The citizens of Lebanon are strong and resilient, but they need our help,” said Gabriel Pizza President George Hanna in a press release on Friday. “We encourage the Canadian-Lebanese business community to rally behind this beautiful country with their own fundraising efforts.”

Tuesday's blast killed at least 150 people and injured thousands. Authorities estimate more than 300,000 people are now homeless as the explosion destroyed or damaged homes in a large radius around the epicentre.

With files from The Associated Press.

Lebanon president says he knew of chemicals at port in July

What we know about the explosion in Beirut

Mapping the Beirut explosion: What the impact would look like in Canadian cities

'Completely heartbroken': How Lebanese-Canadians are reacting to the Beirut blast

Feds say aid to Lebanon will be 'long-term,' citing need for 'political and economic reforms'

What is ammonium nitrate? The fertilizer behind many industrial accidents