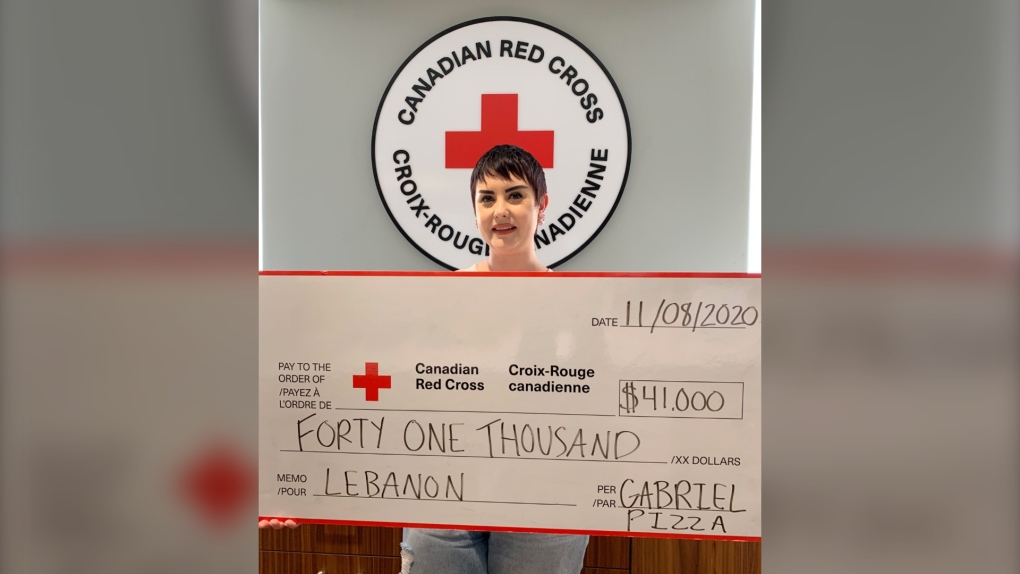 "Thanks to the amazing generosity of our Gabes customers and the outpouring of support for #PizzaForBeirut, Gabriel Pizza is pleased to announce a total of $41,000 raised towards the Red Cross in Lebanon," a press release from Gabriel Pizza said. "We would like to express our heartfelt gratitude to the community for embracing this humanitarian fundraising initiative."

Michael Hanna, who immigrated to Canada from Lebanon in 1968, founded Gabriel Pizza in 1977. There are now locations across eastern Ontario and western Quebec.

The blast on Aug. 4 in the Lebanese capital killed at least 170 people, injured thousands, and destroyed property for kilometers around the epicentre in the city's port region.

The explosion has fueled outrage against top political leaders and security agencies, and led to the resignation of the government on Monday.