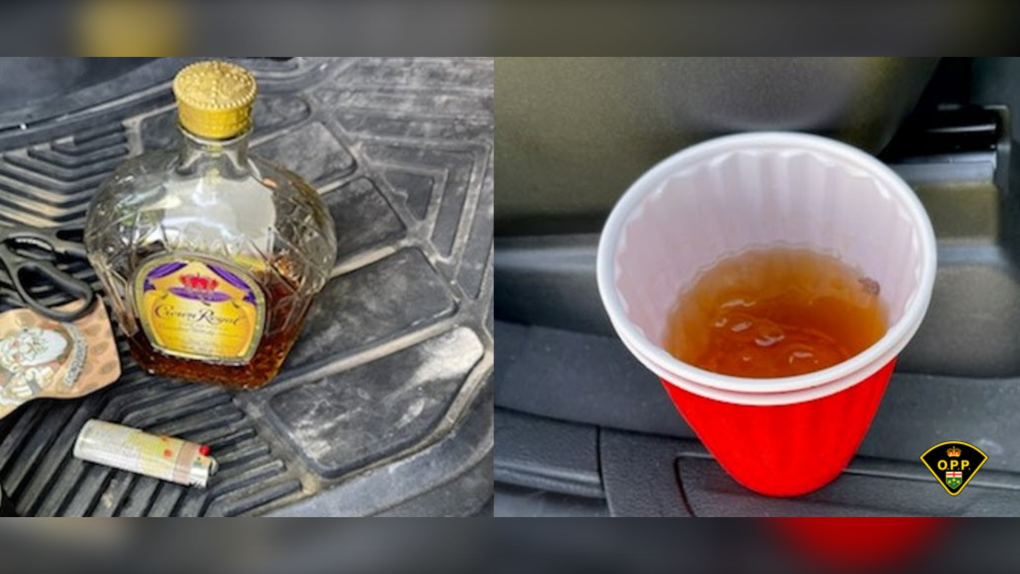 The OPP says open liquor and cannabis were discovered in a tow truck during a traffic stop on Hwy. 417 near Innes Road on Tuesday. (Photo courtesy: Twitter/OPP_ER)

OTTAWA -- A G2 licensed tow truck driver is facing charges after Ontario Provincial Police found a red cup of liquor and cannabis next to the driver's seat during a 10 a.m. traffic stop.

The driver was stopped on Hwy. 417 near Innes Road just before 10 a.m. Tuesday.

Police say officers stopped the vehicle after it was "seen speeding and being driven erratically."

A photo on Twitter showed a bottle of Crown Royal on the floor next to the seat.

The driver was charged with multiple offences, and the tow truck was towed.