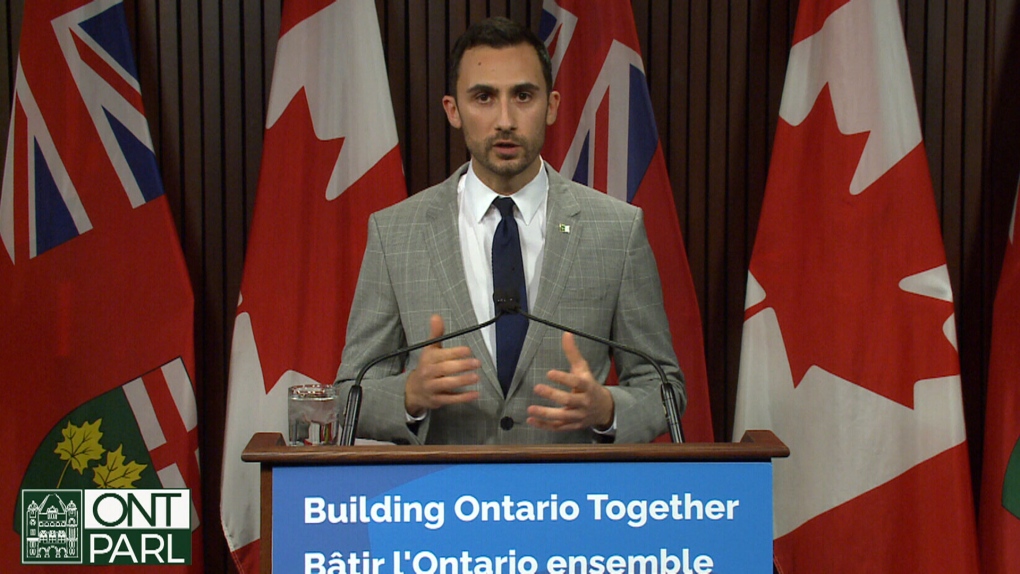 OTTAWA -- Ontario Education Minister Stephen Lecce says he hasn't heard yet whether the remainder of Ontario's 2019-2020 school year should be cancelled, but it's possible he'll have new information soon.

"I suspect this week won't be the week," Lecce told Newstalk 580 CFRA's Ottawa at Work with Leslie Roberts. "It is possible the Chief Medical Officer gives me that advice but I think it's probably the week following that we'll get into a better place where the data will become informative for us to make public policy decisions."

Schools have been ordered closed in Ontario until at least May 4, due to the COVID-19 pandemic. They were initially expected to open April 6, but the government extended the closure as the pandemic spread in Ontario.

"I know parents want predictability, and I'll do everything I can to give it you, but I think folks also appreciate it's got to be based on relevant, contemporary data so we never put in jeopardy the safety of staff and our students," Lecce said.

If closures are extended, Lecce said there are mitigating plans in place.

'I think it's working': Online learning being built up

"We now have literally hundreds of thousands of young people learning online," he said. "We're still building it up but I think, so far, what I'm hearing is parents like that the educator is leading instruction, they like that there's flexibility."

He said he is impressed by the effort to keep students in Ontario learning during the pandemic.

"I think people recognize that it's an imperfect solution to this massive, brutal, tough challenge on the world but I really am proud of our province and our public servants and our educators and parents and students. We're going to keep building it but I feel proud of it," he said.

Despite waiving the volunteering requirements for students to graduate high school, Lecce said he's heard of many students who are continuing to find ways to help their community in the face of COVID-19.

"Students have said, 'I'm going to call a senior, I'm going to help a charity, I'm going to do something in service to support the country and the community,'" Lecce said. "You get motivated by these stories of people who do amazing things."