From the diamond to the field: Career change up for Gatineau's Philippe Aumont 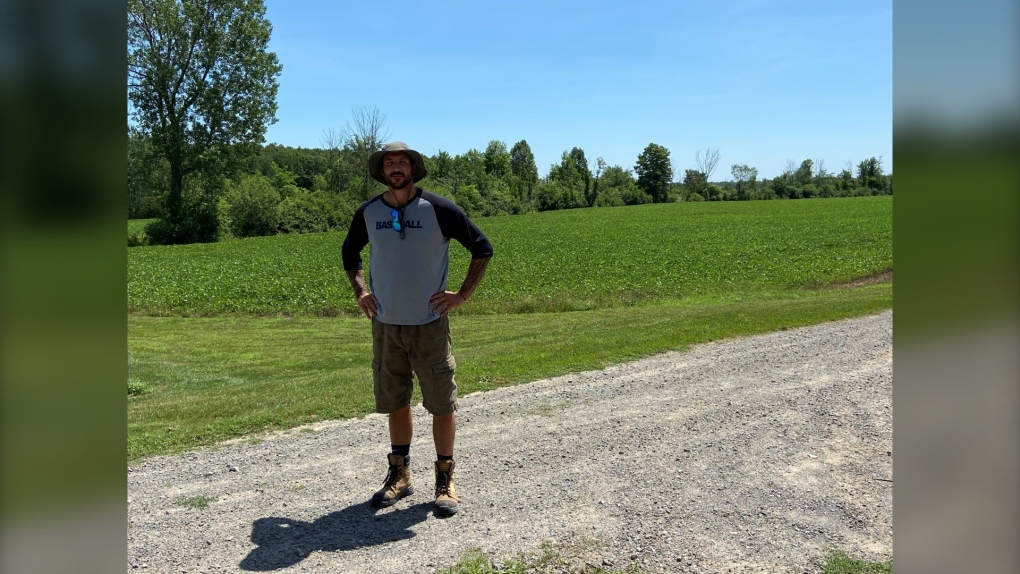 OTTAWA -- Gatineau's Phillippe Aumont could be at training camp with the Toronto Blue Jays right now. Instead, he is building the first of many greenhouses on his new 221-acre farm.

The former Blue Jays, Philadelphia Phillies, and Ottawa Champions pitcher has made the decision to retire from professional baseball at the prime age of 31. His new plan, cultivate his new land with everything from apples to peppers to livestock.

With the Blue Jays opening game of the season scheduled for July 24th, Aumont described the call he got from the organization.

"(The Blue Jays) call me and they’re like, ‘hey are you ready to come to spring training? Spring training is probably going to be next week,;" said Aumont.

"I took a couple days to talk with my fiancée and I asked if we were doing this for real. 'If you’re all in, I’m all in,' I’m going to call them back and be like, 'hey appreciate the opportunity, appreciate the kindness you guys gave me, but unfortunately I’ll be one of the many other guys who took the same position as me, and just kind of step away.'"

For Aumont, the risk COVID-19 poses to himself and his family are not worth the effort to fight for a spot on the Blue Jays’ roster.

"They want us to go and risk our lives on the field while they’re sitting comfortably at home drinking a beer watching us,” says Aumont.

The shortened Major League Baseball season will add up to just 60 regular season games for each team with extensive health protocols in place. It is a season that Aumont believes should just be put off until next year, “there are guys that are going to be playing with masks. Why? Why are we doing this?”

When describing his new farming future, Aumont constantly spoke about extending himself past baseball, wanting to “touch ‘em all”. He was referring to every acre of his new plot of land, and whether advertently or not, also referencing one of the most iconic moments in Blue Jays history; Joe Carter’s walk-off home run in the 1993 World Series.

“Let’s build something that if a second pandemic comes, we can provide for a number of people around here,” says Aumont.

“I want to make sure I put my family in a good position to feel secure if anything like that happens again, and this is our opportunity.”

The now former pitcher says he’s going to miss the game and the relationships in the locker room, but has no regrets on the career change.

“Me as a competitor, it is over. But as a fan, a fanatic of baseball and maybe a coach later on, a teacher of pitching, because that’s all I know, that’s the beginning. I’ll be a fan of baseball for the rest of my life. I’ll watch it and it will be fun. I’ll be able to tell my kids' daddy was there.”