OTTAWA -- The career of one of Ottawa's top public servants is coming to an end on Friday.

Anthony Di Monte, the general manager of emergency and protective services at the City of Ottawa, is retiring.

"It's a little surreal, to be honest," Di Monte said of his upcoming retirement in a September interview with CTV Morning Live. "Forty-two years in public service, it's kind of become my normal way of doing things."

His career began as a paramedic in Montreal, and he was there for 20 years. He later moved to York Region before coming to Ottawa.

"I was incident command of the University of Montreal shootings, I did the papal visit, the central station bombing, Concordia University shooting," he told CTV Morning Live, when describing some of the challenging moments during his career. "Here in Ottawa, we've had some pretty terrible tragedies. Two very significant OC Transpo involved incidents, floods, tornadoes, and those impact people's lives. Those are tough times."

Di Monte was also one of the first people on the scene when Cpl. Nathan Cirillo was murdered at the National War Memorial in 2014.

His career is coming to a close on a monumental task. Di Monte oversaw the launch of the largest mass vaccination campaign in the city's history with the effort to combat COVID-19. Since the first doses arrived in December 2020, Di Monte has worked closely with Ottawa Public Health and local hospitals, as well as his own paramedic service, to administer more than 1.5 million doses of COVID-19 vaccine in the city.

Speaking at City Council on Wednesday, Mayor Jim Watson applauded Di Monte's dedication to Ottawa and his lifetime of service.

"Summarizing Tony's contributions over his long and distinguished career is a challenge but he's shown himself to be a steadfast leader who has dedicated his career to our community," Watson said. "He has contributed much to this city and we have been fortunate to have such an accomplished and dedicated individual leading this demanding and essential service."

Watson presented Di Monte with photograph of Ottawa City Hall with fire truck, a paramedic vehicle, and a bylaw car parked in front as a gift. 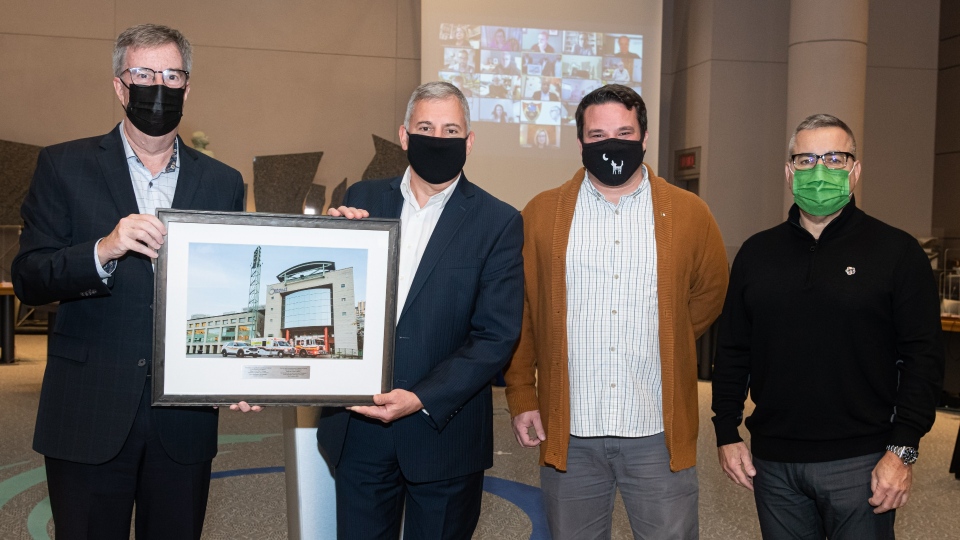 "Right after that was taken, Roger Chapman issued tickets, so it was a nice touch," he joked.

Di Monte thanked the mayor and previous councils, as well as City Manager Steve Kanellakos for their confidence in him.

"Whenever we had a major event, or a mass casualty event—from terrorism to floods to tornadoes—you never hesitated to support me and always had the community's best interests at heart," Di Monte said.

He also thanked his staff, and the city's first responders.

"It has been my honour and privilege to serve with you," he said. "Therefore, I stand relieved. You have the watch. Thank you very much."