GATINEAU -- A father and his son are dead after an early Wednesday morning fire in an Aylmer home.

Emergency crews responded to a call around 4:45 a.m. for a fire on Parker Street. Police evacuated nearby homes as a precautionary measure due to the size of the fire.

Gatineau police say two people were found unconscious inside the home and were taken to hospital.

Wednesday night friends and loved ones gathered at the site of the fire, sharing stories and hugs for those they lost. 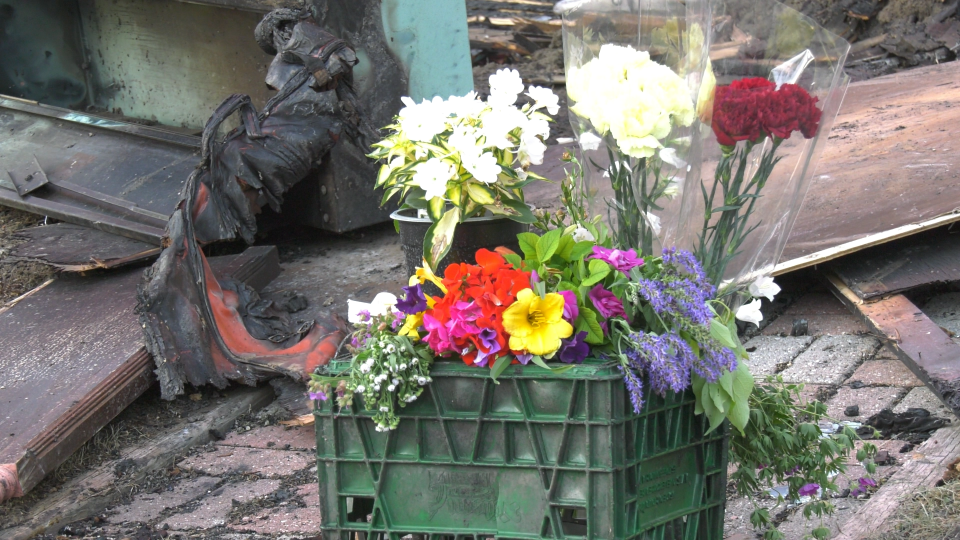 Guy Rochon, who was a long time friend of Raymond Prest, said the community had lost someone who would give the shirt of his back to anyone who needed it.

Alice Blais, Raymond Prest’s girlfriend of 15 years, was heartbroken he and his son were gone.

“He was a proud man, a lovely man, a lovely smile. He was sick for the past year and he had a hip replacement but we were starting to dance again together,” Blais said.

“Oh Ray keep a dance for me up there…I’m coming up, I’m going to dance with you.

The cause of the fire is still under investigation.