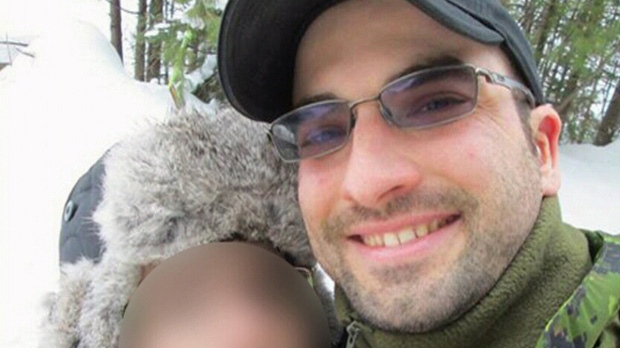 Franck Gervais, 32, from Cantley, Que., is seen in this image taken from Facebook.

OTTAWA -- A Quebec man accused of impersonating a Canadian soldier has pleaded guilty to unlawfully wearing a military uniform and medals.

Two other charges against Franck Gervais of impersonating a public officer have been dropped.

Gervais came into the public spotlight last November after he was interviewed while wearing a military uniform, including a medal of bravery and other decorations, near Ottawa's National War Memorial on Remembrance Day.

Almost immediately after the interview was aired, questions were raised by a number of veterans about his identity and whether he was actually a soldier.

In fact, the 32-year-old Gervais was not a member of the Canadian Forces.

Outside the courthouse, Gervais's lawyer Claude Levesque said his client feels remorse for what he has done.

"My client apologizes for his action," said Levesque.

"He never wanted to disrespect the men, women who wear the uniform or their sacrifice, and for that he apologizes."