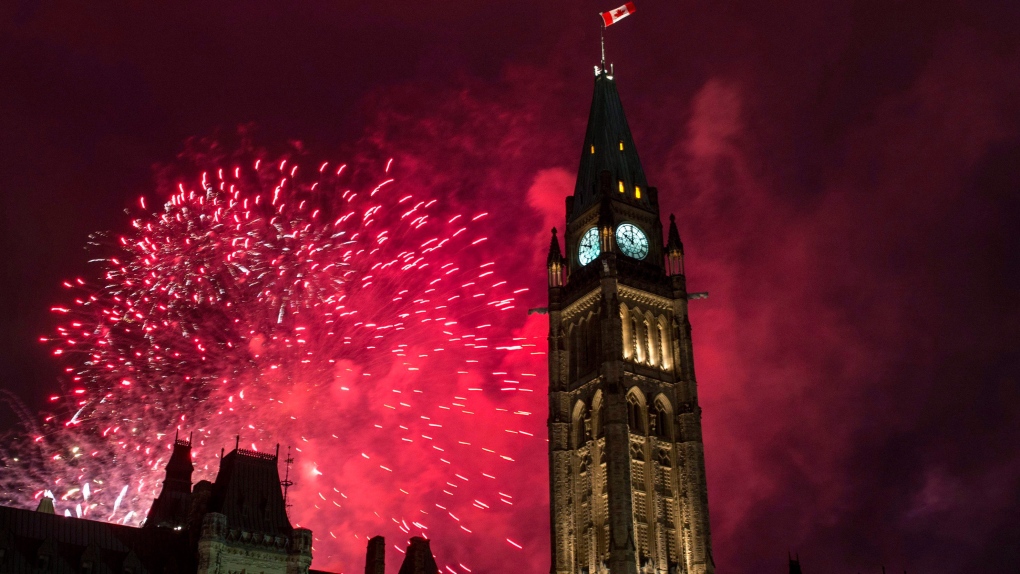 Fireworks explode behind the Peace Tower on Parliament Hill during Canada Day celebrations on Wednesday, July 1, 2015 in Ottawa. (Justin Tang / THE CANADIAN PRESS)

Canada Day fireworks are time-honoured tradition in Ottawa, and everyone has their favourite spots to check out the annual show downtown.

But with the main show at LeBreton Flats this year instead of Parliament Hill because of construction, the location of the fireworks show has changed, so the usual spots won’t get you the best view.

If you’re not headed to any of the official sites, here are a few vantage points that might provide a good view of the big booms. 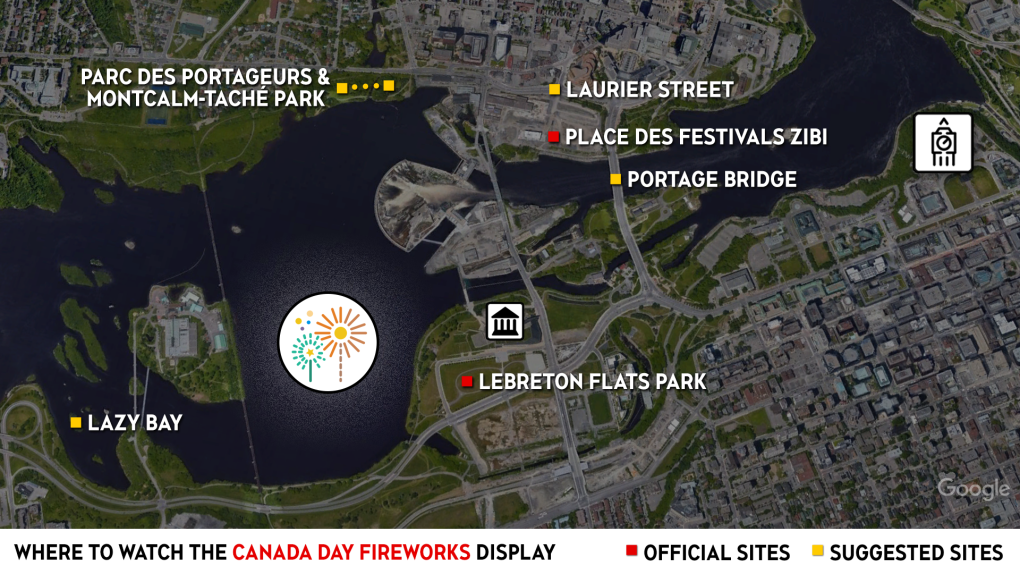 A map showing some sites to check out this year's fireworks show on Canada Day. (CTV News Ottawa)

If you don’t mind standing shoulder to shoulder with people along the side of this bridge over the Ottawa River, the Portage Bridge should provide an excellent vantage point for the fireworks show. Located right in between the official sites of LeBreton Flats and Place des Festivals Zibi, you’ll see, hear, and feel every colourful explosion.

If you’re interested in a quieter viewing spot that’s still close to the action, Montcalm-Taché Park and the neighbouring Parc des Portageurs along Boulevard Alexandre-Taché in Hull are directly across the river from LeBreton Flats.

Lazy Bay, near the Sir John A. Macdonald Parkway and Onigam Street, is right along the Trans Canada Trail’s Ottawa River Pathway. Part of the pathway from Onigam Street to Booth Street will be closed during the evening on Canada Day, but there are plenty of grassy spots along Lazy Bay where you can stop and watch the show.

Laurier Street in Gatineau will be closed between the Alexandre-Taché and Maisonneuve boulevards on Canada Day, making it a great place to scope out the fireworks show. Located just north of Place des Fesitvals Zibi, you’ll be able to take in the show without worrying about traffic.