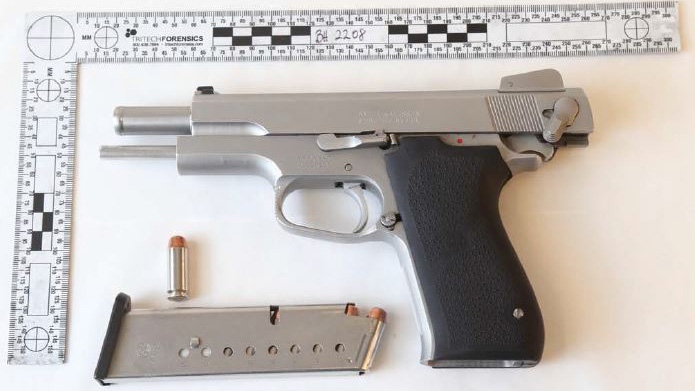 A loaded semi-automatic handgun was found on a suspect during a vehicle takedown in Ottawa's west end on Wednesday, Jan. 31, 2018. (Ottawa Police)

Four men have been charged with weapons and drug offences after Ottawa Police conducted a takedown of a vehicle Wednesday evening in the city’s west end. Two handguns were also seized.

At about 8pm Wednesday, officers observed drug transactions taking place from a vehicle in the area of Tillbury Avenue, and moved in to arrest the four people inside the car. All four fled, but were later arrested after a brief foot chase.

One of the suspects was found in possession of crack cocaine, marijuana and a loaded semi-automatic handgun. Another loaded gun was found under the front passenger seat in the vehicle. The second gun has been traced to a break-in December 3, 2017 in Gatineau, where several firearms were stolen.