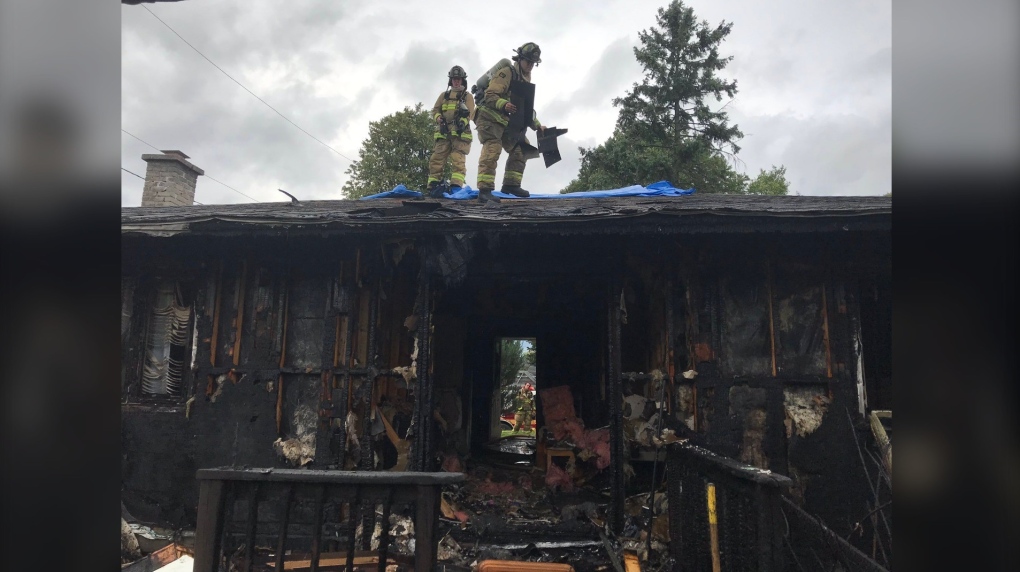 Investigators are searching for the cause of a fire on Roman Avenue on Wednesday. (Photo courtesy: Twitter/OttFire)

OTTAWA -- Four family members and a firefighter were treated for injuries following an afternoon fire in Ottawa's west-end.

Ottawa Fire received a 911 call just before 4:30 p.m. reporting smoke visible from the Queensway. Several more calls allowed dispatchers to confirm the fire was at a home on Roman Avenue.

Ottawa Fire says when firefighters arrived on scene, they began attacking the flames from the rear wall of the home while another crew entered the structure to search for occupants.

The residents were located at a neighbouring home and received care for their injuries. Ottawa Paramedics transported three children and an adult to hospital for treatment.

A firefighter also sustained a minor injury while battling the blaze.

An investigator has been called in to search for the cause of the fire.

CTV News Ottawa attempted to reach Ottawa Paramedics for details on the injuries.

Firefighters have extinguished a house fire at 2512 Roman ave. 2 residents are receiving care from @OttawaParamedic along with 1 Firefighter who sustained a minor injury. Fire is out and an Investigator is en route #OttNews pic.twitter.com/QPSkwR7m6g