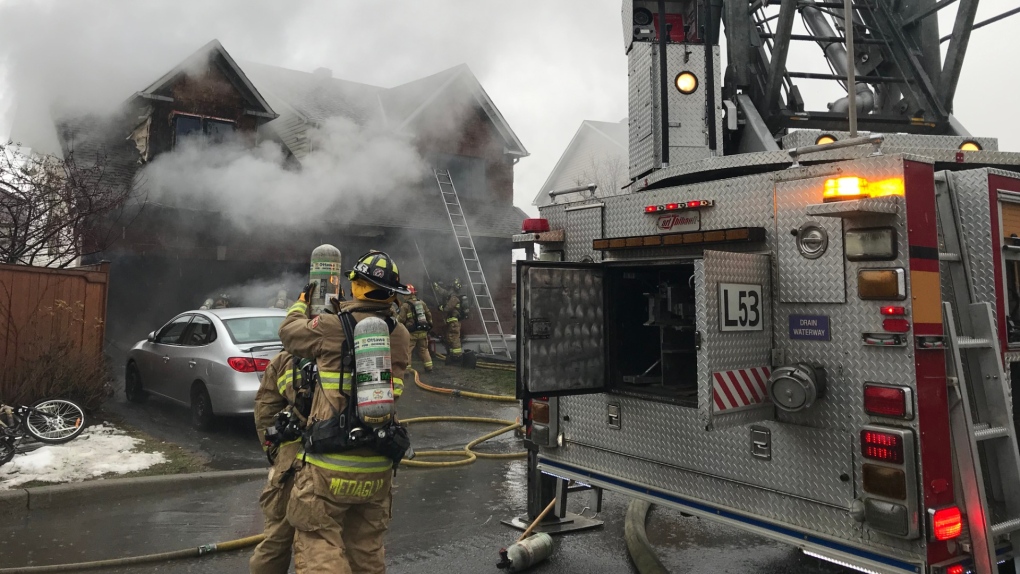 Ottawa firefighters battle a blaze at a home on Ballantyne Drive in Orléans. Dec. 1, 2020. (Photo courtesy of Ottawa Fire Services)

OTTAWA -- Ottawa Fire Services (OFS) says four people have been displaced from their home in Ottawa's east end after a garage fire spread to the attic.

The fire started just before 11 a.m. at a home on Ballantyne Drive, just east of Portobello Boulevard in Orléans. All four people who lived in the home had safely evacuated before firefighters arrived.

It appears the fire started in the attached garage and spread to the attic, sending flames through the roof.

OFS said the fire was so intense that neighbouring homes were evacuated as a precaution.

Firefighters had the blaze under control by 11:45 a.m. Crews remained on scene for some time afterward to extinguish hot spots, ventilate the smoke, and salvage any of the family's belongings.