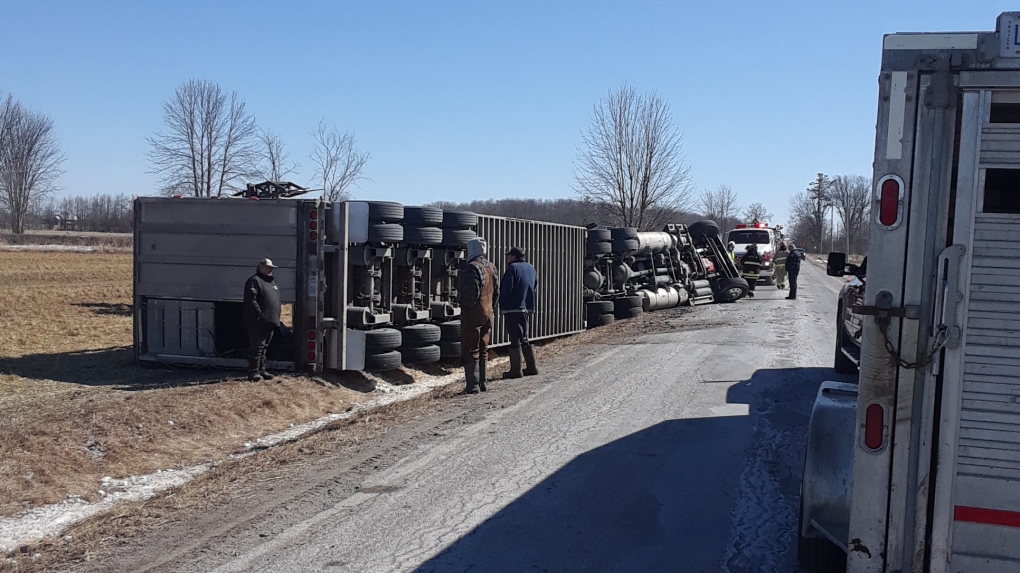 Emergency responders and local farmers helped to corral more than 80 cows that had scattered after the livestock trailer they were in crashed near Pakenham, Ont. Mon., March 15, 2021. (Photo provided by the Ontario Provincial Police)

Ontario Provincial Police said in a news release that the driver somehow rolled the transport truck over on 12th Concession of Pakenham at around 12:55 p.m. Monday. It was hauling more than 80 cows, who had scattered after the crash. The cows were corralled into a nearby field to keep them away from the road while a veterinarian was called in to treat some of their injuries.

Four cows did not survive, the OPP said.

The driver of the transport truck, 59, was not hurt but is now facing an unspecified charge under the Highway Traffic Act.