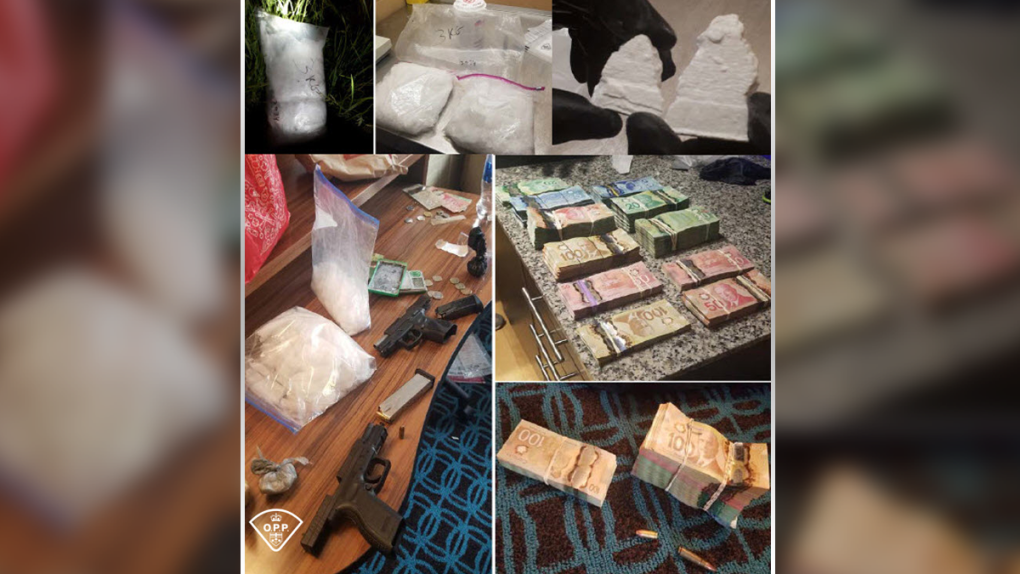 Results of a seizure into a meth trafficking ring in eastern Ontario. (Photos: OPP)

OTTAWA -- Ontario Provincial Police say a methamphetamine and cocaine trafficking ring in eastern Ontario has been shut down after a months-long investigation.

The investigation began in early 2020. The partnership between the OPP and the Belleville Police Service led to arrests in May, when two people were arrested during a Highway 401 traffic stop in Quinte West. Police said several kilograms of suspected crystal meth was seized.

Police say all four are in custody, with court appearances in Belleville scheduled.