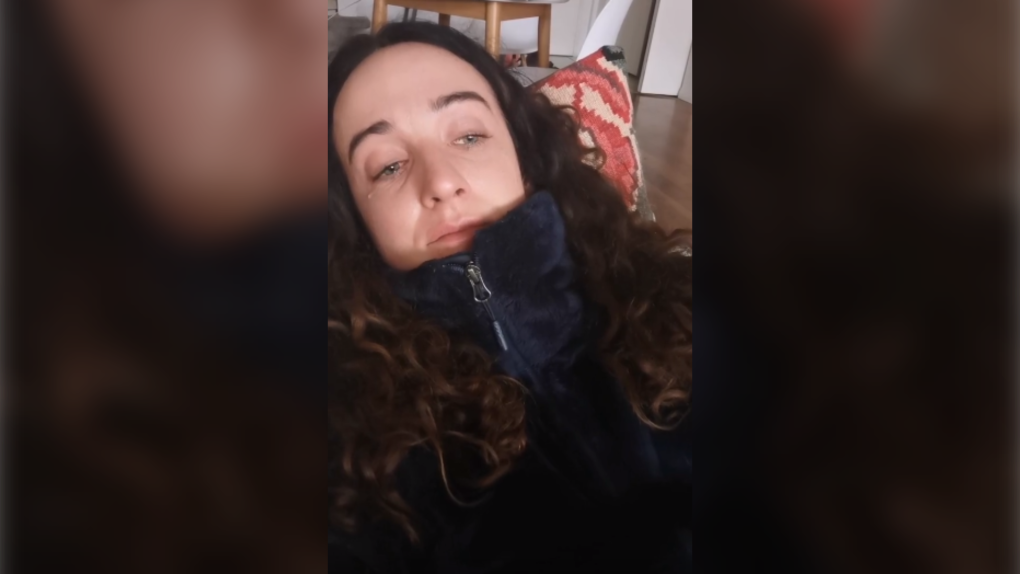 A former Ottawa woman shares her story of contracting COVID-19 on Instagram, and the guilt she felt following her diagnosis. (Instagram)

OTTAWA -- An Alberta doctor, who went to school in Ottawa, is sharing her story of testing positive for COVID-19 and the guilt and shame she says she feels associated with it.

Dr. Katie MacGregor, who works in Calgary, said in a video posted to Instagram on Tuesday that she wanted to share the story of her diagnosis and the mental health impact it has had on her as a "lesson we can all learn from."

"I am recovering. I'm exhausted. It's hard to take a deep breath. It feels like my muscles are melting. But, honestly, the hardest thing is the mental health side of it all," she said in her video. "Feeling guilty for getting it and exposing the people I love."

MacGregor, 34, wrote that she was tested on Dec. 24 after feeling fatigued and her result was negative. She chose not to return home to Ottawa for the holidays, opting instead to spend time with a few friends close by.

But she was still feeling run down and tired days later and, on New Year's Eve, she began to feel worse.

"I continued to feel extremely fatigued. On Dec 31 I got legit super sick. Down and out flu symptoms," she wrote. "I started to feel better and because 'it wasn't covid' I went skiing a few runs, wearing face coverings the whole time, a few days later."

She was supposed to return to work this week and still wasn't feeling well, so she was tested again and this time it came back positive.

"I tried to be safe. I've worn a mask. I've tried not to see too many people. I had a negative result on December 24th when I was feeling run down, and just chalked the feeling to being burnt out with patient care and dealing with COVID and so I let my guard down," she said.

She says she called everyone that she had any kind of contact with to inform them of her positive test result.

"I have spent much of my time since in a shame spiral, calling everyone that I had any contact with to let them know, even if they weren't considered a close contact. Because the more informed we are, the more vigilant we can be. I just want everyone to stay healthy," she wrote.

She said she's sharing her story to encourage others to stay home and take the virus seriously.

"I just really want people to be safe and stay home; to tough it out a little bit longer; to reach out virtually. I know it does not substitute for in-person quality time but I do not wish this upon anyone. I do not wish being sick upon anyone and I do not wish the whole situation of dealing with a positive test on anyone, so be vigilant and stay safe please."