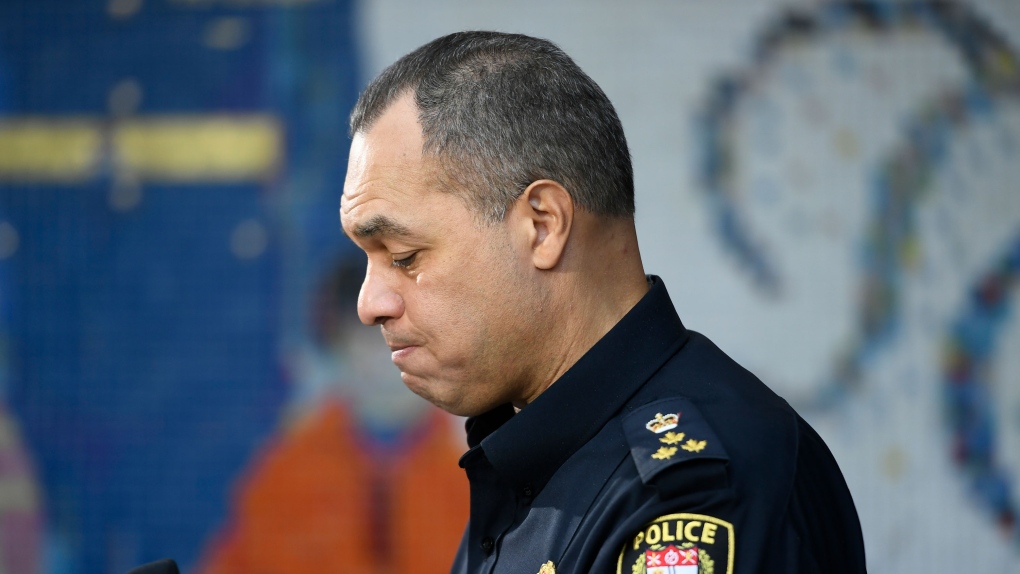 The public will hear from Ottawa's former police chief next week for the first time since he resigned at the height of the 'Freedom Convoy' occupation of downtown Ottawa.

Peter Sloly is scheduled to appear as a witness at a parliamentary committee on Thursday.

The committee is looking into expanding federal jurisdiction of security in the parliamentary precinct to include sections of Wellington Street and Sparks Street. Wellington Street in front of Parliament Hill has been closed since the protest.

Along with Sloly, Sen. Vern White, another former Ottawa police chief, is listed as a witness.

Sloly resigned on Feb. 15 amid heavy criticism of his handling of the protests that took over downtown Ottawa. At the time of his resignation, the protest was entering its third week and the federal government had invoked the Emergencies Act the previous day.

The following weekend, police moved in to break up the protest.

Sloly was Ottawa’s first Black police chief and faced pushback in some of his efforts to make the service more progressive, such as when he acknowledged the existence of systemic racism in policing in an op-ed in September 2020.

Sloly said in a statement at the time he was stepping down "with a heavy heart."

"Since the onset of this demonstration, I have done everything possible to keep this city safe and put an end to this unprecedented and unforseeable crisis," he said.

His departure prompted upheaval on the city's police services board.

Chair Diane Deans was ousted when she tried to bring in a new police chief after Sloly’s departure, and other members resigned amid that turmoil. The province’s three appointees all resigned  after it came to light that one of them attended the convoy protest.