Former Ontario Health Minister: One million Canadians cut back on food for medicine 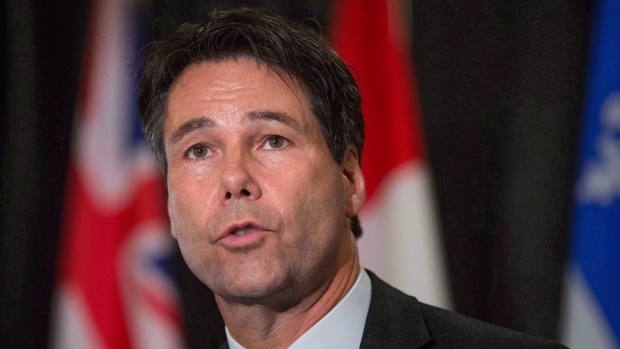 An expert panel has approached the Trudeau government with a universal pharmacare plan that would save the average Canadian family $350 per year.

The panel - headed by former Ontario Health Minister Eric Hoskins - proposes the government partner with a new drug agency, and draft a list of prescription drugs to be covered by the taxpayer.

Joining The Evan Solomon Show on NewsTalk 580 CFRA, Hoskins says they've heard from families across the nation that are making serious sacrifices.

"We've found families that were moving from one part of the country to another," Hoskins said, "solely because of the availability of a life-saving drug for their child, for example, that wasn't available in the province where they resided. Or people that were in a job that they didn't like, but were trapped in that job because they were afraid of losing their drug plan benefits for a disease or illness that they had."

In the council's 171-page report, the national list of prescription medicines to be drafted would initially be covered beginning Jan. 1, 2022. The list would be expanded by Jan. 2, 2027, and by then, cost $15 billion per year.

Hoskins says they have found about 20 percent of Canadians struggle to pay for their medicines, and about one million have to cut back on food and heating to afford prescription drugs.

Prime Minister Justin Trudeau tweeted today, "Universal healthcare should mean you don't have to choose between medicine you need and putting food on the table. Today's Advisory Council report shows rising drug costs are a threat to that promise. We're committed to national pharmacare as part of a plan to strengthen medicare."

Canada is currently the only country with universal health care that doesn't provide universal pharmacare. Only the U.S. and Switzerland pay more for medicine.