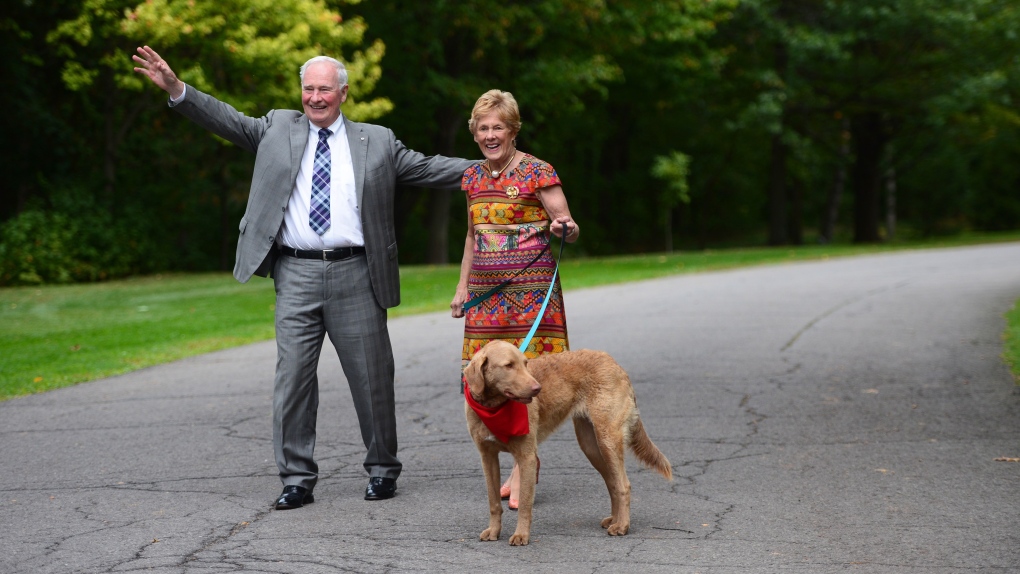 David and Sharon Johnston awarded key to the city

The City of Ottawa has given former Governor General David Johnston the city’s highest honour.

Wednesday night, David Johnston and his wife Sharon Johnston were awarded the key to the city.

Mayor Jim Watson presented the awards. “It is my honour on behave of the city of Ottawa and the people of Ottawa to bestow on David and Sharon Johnston the highest honour,”

The Johnston’s were recognized for commitments to education, mental health and community volunteering.

David Johnston was Canada’s 28th Governor General from 2010-2017. He emphasized how much the city of Ottawa means to him.

Johnston says, “(Ottawa) is a place where people come together to lead our country and make their contribution to the capital being such a special space.”

During his term, Johnston, attended more than 600 events, 330 military events and has delivered more than 1,400 speeches.

“When I come back home from a foreign trip I want to get out and kiss the ground because I am so happy and proud of the country,” says Johnston.

By his side, his wife Sharon of 53 years, who says Ottawa is a great city to be active and explore.

She says, “From backpacking, for bird watching, for kayaking, river stuff, it is a really special place to be. So this is home. Permanently!

David Johnston officially left the vice-regal position On Oct. 2 when former astronaut Julie Payette was sworn in as the 29th person to represent the Queen in Canada.