An Ottawa restaurateur is adding a new spot to his list of businesses.

John Borsten has acquired the building that held the former Fish Market restaurant, along with Vineyards Wine Bar and Coasters Seafood Grill.

Borsten says he plans to open a new restaurant once it is safe to do so. The concept is still being developed.

He says in addition to a restaurant, there will also be a lounge that will operate as a separate space.

Borsten is an established entrepreneur. He currently owns spaces like Zak’s Diner and the Grand Pizzeria, among several other local spots.

The owners of the former Fish Market Restaurant decided to close the popular fish and seafood houseafter 41 years in service last year.

Borsten says he is taking a chance on the space – believing the ByWard Market will thrive once again following the pandemic.

Borsten says he is taking a chance on the space – believing the ByWard Market will thrive once again following the pandemic.

“I think this is a one year disaster and if you can hang in long enough you will be rewarded, Borsten said. “Last summer, bad as it was with patios we made a go of it. I’m betting on the future.”

After the news became public Nancy and David Lowthian, who have a lot of happy memories tied up in the former Fish Market building, reached out to Borsten to see if they could get a memento to remind them of the good times they had.

“I contacted John and asked him if we could have a Vineyards sign,” Lowthian said. “He said we can, so we are so excited to put this in our new home.”

“We had our first date here 31 years ago,” David Lowthian said. “It’s one of the first landmarks we came back and looked at after moving back to Ottawa”

Nancy Lowthian says although they have been away from Ottawa for years once they retired they wanted to be close to family and memories. The Fish Market and Vineyards wine bar were a big part of that past. 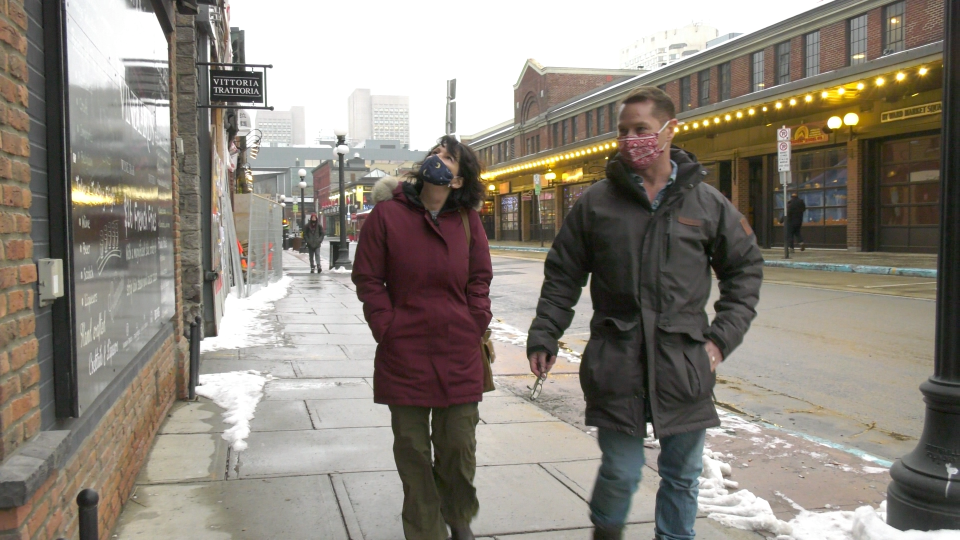 “We did not really know each other very well we had a glass of wine and just started talking and everything clicked by the end of the night we were holding hands and just knew it was forever.” Nancy Lowthian said.

Although the Lowthian’s are sad to see the old restaurant go they are looking forward to what Borsten has planned for the historic building.

“I think that’s amazing it gives us hope for the future,” Nancy Lowthian said.  “We are really looking forward to a roof-top terrace I can’t wait to go”