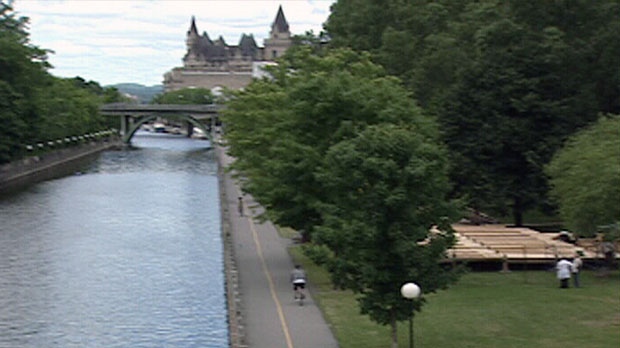 The first such floating performance happened on the River Thames in 1717.

Ottawa’s Music and Beyond festival took fans beyond the concert hall on Sunday, performing while sailing down the Rideau Canal.

Ten musicians performed a piece by George Handel while sailing from Dow’s Lake to the National Arts Centre and back.

"This is so appropriate, Handel's water music on the water?” said Ann Jakeman. “It's great and the ambiance is just great."

"Our canal is so beautiful and we're very lucky today,” said Winifred Platt. “I think it's a very creative part of the festival."

The tradition dates back to 1717, when King George I asked for a concert on the River Thames.

Sunday, both the audience and musicians said they appreciated the fact the music could be followed around.

"We took our bikes to Dow's lake and waited for the boat to come to the part where we live and just followed it along," said Jo-Ann Ashford.

"It was great fun actually, we had a really, really good time,” said violinist Adrian Butterfield. “Amazing the number of people either running or cycling down the path following us and applauding, the people on the bridges."

Tourists said the floating show was a draw to the festival, which runs until July 15.

"I read in one of the brochures about this and I thought, 'perfect,'" said Clare Russell. "I love classical music and this was just over the top, to be able to see the barge coming along."

The only complaint from some watching was the size of the speakers, with suggestions they could be bigger so the music could be better heard.