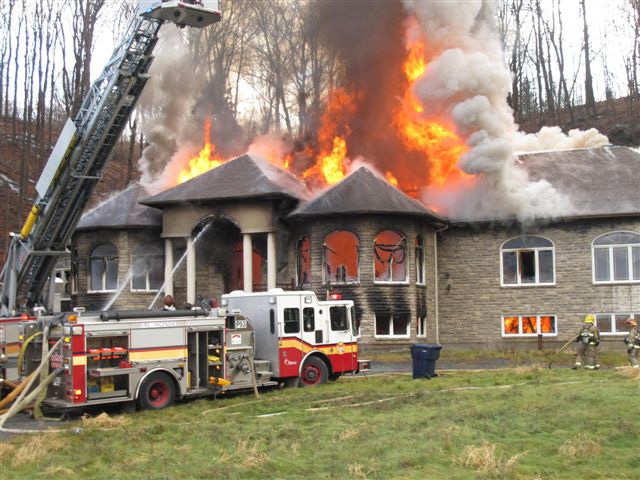 A two-alarm fire has caused extensive damage to a home in the city's east end, closing a portion of Highway 174 for about seven hours Friday.

Firefighters say the blaze was reported at 1678 Regional Rd. 174 in Cumberland just after 11 a.m. Friday.

Seventy-five firefighters were called to help extinguish the blaze. The first firefighters at the scene were forced to call in more resources to help tackle the fire.

Firefighters initially tried to extinguish the fire from inside the house, but were forced out when part of the house collapsed. The fire was brought under control by 12:30 p.m.

An excavator is now being used to knock down walls so firefighters can put out the remaining hot spots.

Firefighters predict the 3,500-square foot home will likely be declared a total loss. Damage is estimated at $600,000. The cause of the blaze remains unknown.

Highway 174 between Trim Road and Cameron Street was closed for about seven hours Friday.