Five things to watch in Ottawa this week 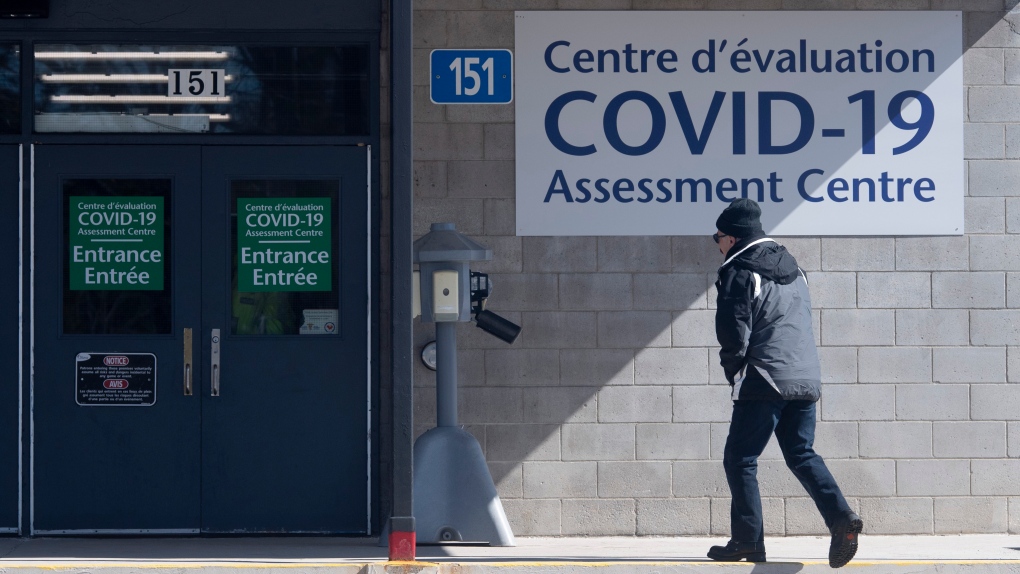 A man makes his way to a COVID-19 assessment centre setup at a city building Saturday, March 14, 2020 in Ottawa. (Adrian Wyld/THE CANADIAN PRESS)

OTTAWA -- CTV News Ottawa looks at five things to watch in Ottawa the week of August 10 to 16.

Back to School plan

Students in Ottawa and eastern Ontario return to class in less than four weeks, now parents will find out what the new school year will look like.

The Ottawa Carleton District School Board, the Ottawa Catholic School Board and the Conseil des ecoles catholiques du Centre-Est will release information Monday on what the return to school will look like in September.

The OCDSB released some details for the upcoming school year last Friday. Elementary students who return to the classroom in person will be in class five days per week, and remain in one class with the same group of students all day. For secondary school students, the board will divide the year into four quadmesters, with students taking two classes at a time.

Parents with students in the OCDSB and Ottawa Catholic School Board have until Friday to inform the board whether their children will enrol for in-class or online learning this September. The CECCE says parents have until Thursday to decide.

All eyes will continue to be on the daily COVID-19 data for Ottawa and Ontario.

Associate Medical Officer of Health Dr. Brent Moloughney said on Friday that Ottawa Public Health was still seeing employees going to work while symptomatic. Dr. Moloughney added OPH encourages all businesses to do active screening of employees to make sure no one is going to work when they are sick or feeling unwell.

For the first time in several months, Ontario health officials reported fewer than 100 new cases of COVID-19 daily for one week. Seventy-nine new cases were announced on Sunday, after 70 cases were reported on Saturday.

All eyes will be on Ottawa's 11-month-old Confederation Line this week after a historic day on Friday.  For the first time ever, 15 trains were running during the morning peak period.

OC Transpo confirmed 15 trains were running on Friday morning, with trains arriving at stops every 3 minutes and 20 seconds.

The $2.1 billion LRT was supposed to run with 15 trains during peak periods when it launched in Sept. 2019, but only 13 trains were running at the launch.

OC Transpo wanted 15 trains running on August 4 as the system prepared for the return to school and work in September.

It is considered one of the most stunning celestial events of the year.

The Perseid meteor shower will sparkle the night of Aug. 11-12.

According to the Canadian Space Agency, the Perseids can be seen from the northern hemisphere each year, from late July to mid-August. This year, an increasing number of shooting stars should be visible every night, until the light show peaks on the night of Aug. 11 and 12.

During the peak, typically in the darkest hours after midnight, up to 50 to 90 meteors per hour can streak across the sky.

Now, the league is hosting "The Island Games" at UPEI Alumni Field in Charlottetown. The season will kick off on August 13, with all eight teams playing each other once. The top four teams advance to a second round-robin group.

All Atletico Ottawa games will be broadcast on TSN 1200.

Events and meetings in Ottawa this week

The Ottawa Carleton District School Board will meet Tuesday evening to discuss the 2020-21 school year budget.  The board is facing a projected $17.2 million deficit next school year.

The Reklaws perform at the Drive-In Experience at Wesley Clover Parks on Tuesday at 8 p.m.

The Canada Science and Technology Museum opens on Aug 14 to the public. The museum will be open Wednesday to Sunday from 10 a.m. to 4 p.m.

Baby Shark with Max and Ruby take the stage Saturday at the Drive-In Experience at Wesley Clover Parks.