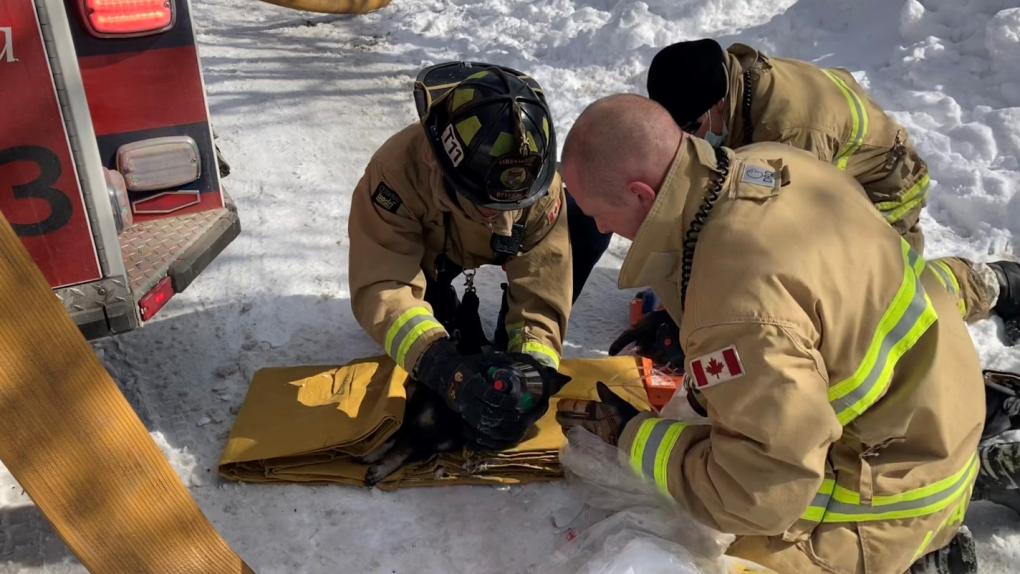 Ottawa fire provides care to a dog rescued from a fire at a home on Lepage Avenue. (Photo courtesy: Ottawa Fire Service)

A neighbour called 911 at 11:42 a.m. reporting smoke coming from a home on Lepage Avenue, near McBride Avenue.

There was no one home at the time of the fire.

When firefighters arrived on scene, they forced their way into the home and began attacking the fire.

While searching the home for any occupants, firefighters located two dogs – one of the dogs was unresponsive.

In a statement, Ottawa Fire Services says firefighters used a specialized pet first-aid mask to provide oxygen to the dog.

Once the dog was revived, an Ottawa police officer transported the dog to receive veterinary care.

Two dogs were rescued from the smoke filled home. Firefighters revived one after providing Oxygen using a specialized pet first-aid mask. The second dog recovered on their own and is being cared for in a neighbouring home. pic.twitter.com/klxykb54Ew

The second dog recovered on their own and is staying at a neighbour’s home.