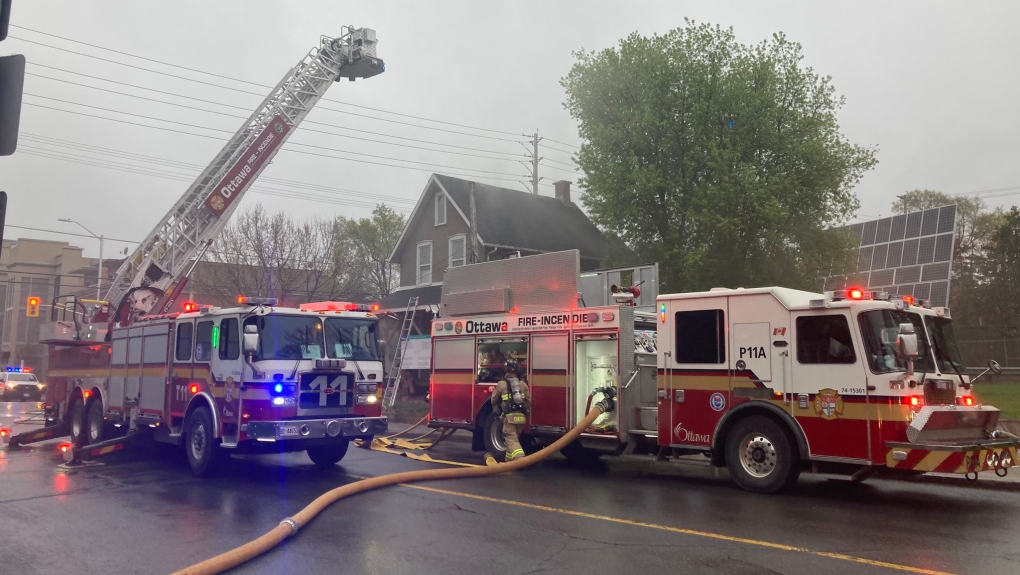 OTTAWA -- Ottawa firefighters have put out a fire at a home in Centretown.

Ottawa Fire Services (OFS) said in a release Wednesday that a passerby noticed smoke coming from the roof of a home at the intersection of Lyon Street North and Gladstone Avenue at arpimd 7:20 a.m. Wednesday.

The home was described as vacant, but firefighters found one person inside, a man in his 40s, and rescued him from a second-floor window.

Ottawa Paramedics say the man was treated at the scene for smoke inhalation and tranported to hospital in serious but stable condition.

OFS said on Twitter that Gladstone and Lyon were closed to traffic in the area as crews battle the blaze. The roads have since reopened.

The fire was under control by 7:50 a.m. What caused the fire is unknown.

@OttFire is on scene battling a fire in a home at the intersection of Gladstone and Lyon. Firefighters used a ladder to rescue one person from a second story window.

Gladstone and Lyon are both closed in the area of the incident. #OttNews #OttTraffic pic.twitter.com/FLqPtneFZ9