Firefighters rescue man from ledge at Hog's Back Falls 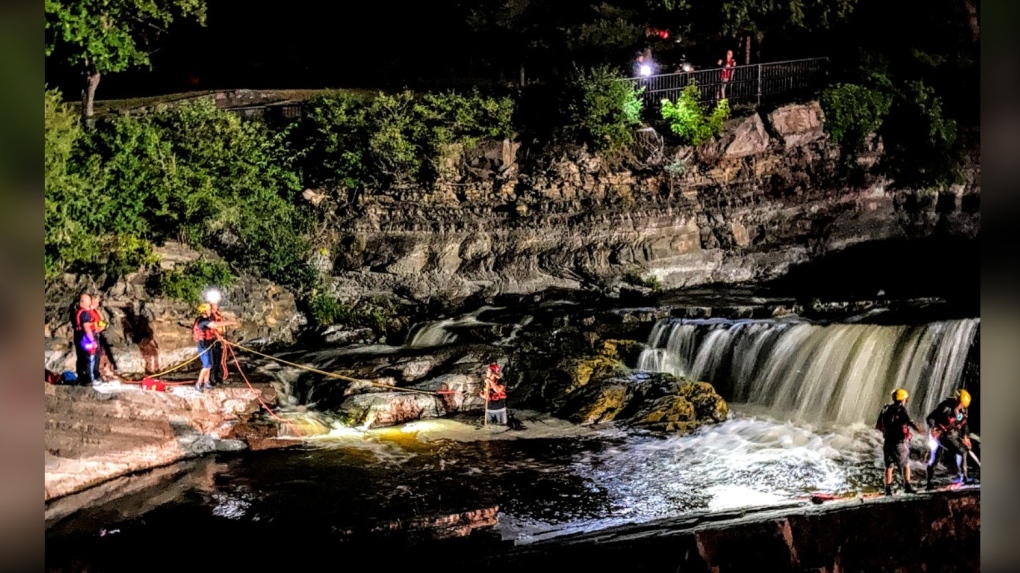 Fire crews rescued a man found clinging to a ledge in the middle of the Rideau River at Hog's Back Falls on Sunday night. (Ottawa Fire Services)
OTTAWA -

Emergency crews rescued a man found clinging to a ledge at Hog’s Back Falls Sunday night, guided by the faint glow of his cell phone.

Firefighters were called to the falls just before 9:45 p.m. Sunday and arrived within three minutes. They saw the phone glowing at the bottom of a steep rock face in the middle of the river.

Wate rescue crews made their way to the man and “found him half in the water clinging to a rocky ledge in the fast-moving water,” Ottawa Fire Services said in a news release.

They removed the man from the water and brought him to higher ground. Crews used safety lines and ropes to get him across the river to shore, then up the steep banks to safety.

He was treated for minor injuries and taken to hospital.

Fire officials are reminding people that the Hog’s Back area has steep rocks and powerful currents. Visitors should obey all signage and not venture into unauthorized areas.

Last month, a 24-year-old man died after he accidentally fell into the falls at Hog’s Back. His body was recovered from the Rideau River 10 days later.