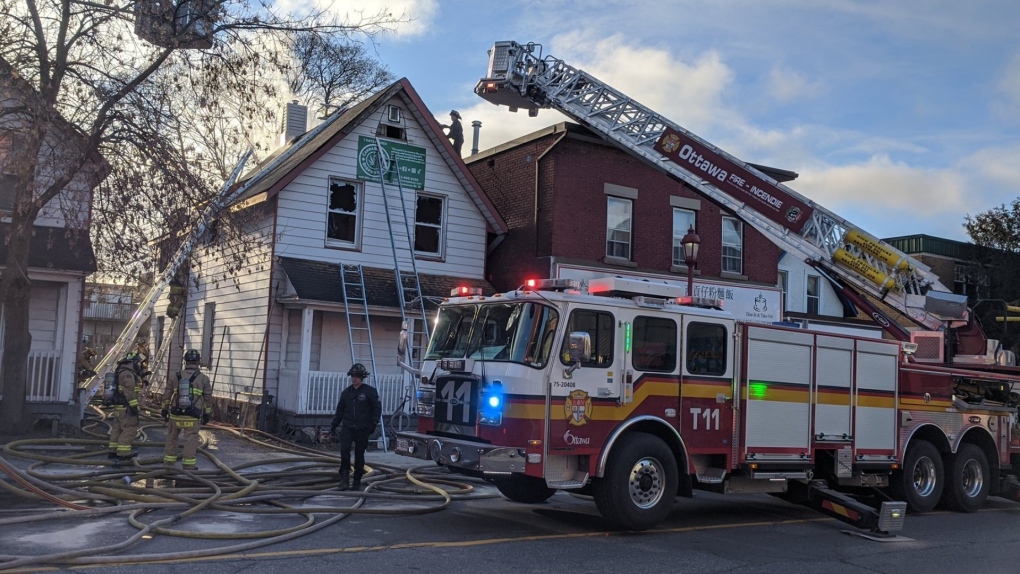 OTTAWA -- Ottawa firefighters extinguished a blaze Tuesday morning at a boarded up house in Chinatown that was apparently home to a cannabis dispensary.

Firefighters were called to 646 Somerset St. W. at 8:39 a.m. on reports of smoke coming from the roof.

The house was vacant, but a green sign advertising a cannabis dispensary hung on the outer wall.

Fire crews had to force their way inside to battle the blaze. They made holes in the roof and ceiling to fight the fire and prevented any possible spread to nearby buildings.

The fire was declared under control at 9:21 a.m., but fire officials say the house is now uninhabitable.

What caused the fire is unknown.