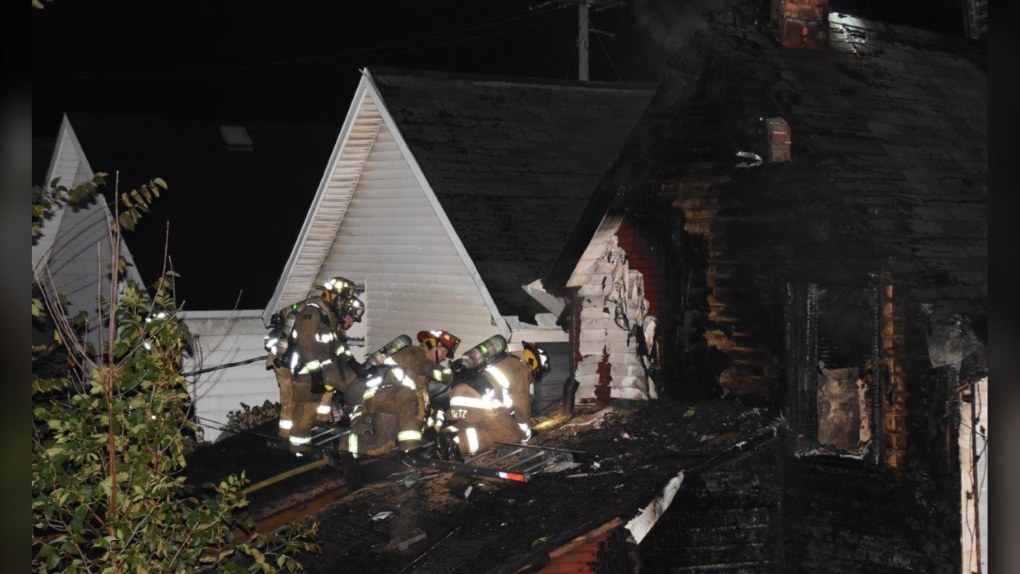 The call to Bell Street South, just west of Bronson Avenue and south of the Queensway, came in just after 10:15 p.m.

No one was inside either of the homes – they were both slated for demolition. Firefighters battled several hazards including live hydro wires in the backyard, a brick chimney in poor condition and the risk of collapse to put out the flames.

One firefighter was injured and taken to hospital with non-life-threatening injuries.

The fire was under control by just after 11:30 p.m. The cause is under investigation.

Ottawa Fire on scene of a Working Fire on Bell ST South @ Orangeville ST. Crews had heavy fire in a vacant house extending to an adjoining house on arrival. Fire in the exposure is knocked down. Partial interior collapse in the main house. #ottnews #OttFire #Ottawa pic.twitter.com/gHchktwtFa

The Senate passed bipartisan legislation Tuesday to protect same-sex marriages, an extraordinary sign of shifting national politics on the issue and a measure of relief for the hundreds of thousands of same-sex couples who have married since the Supreme Court's 2015 decision that legalized gay marriage countrywide.